(HOUSTON,TX)  – Saint Arnold Brewing Co. won two medals at the Great American Beer Festival (GABF) earlier today, bringing the total number of medals to 26, the most of any brewery in the southern United States. 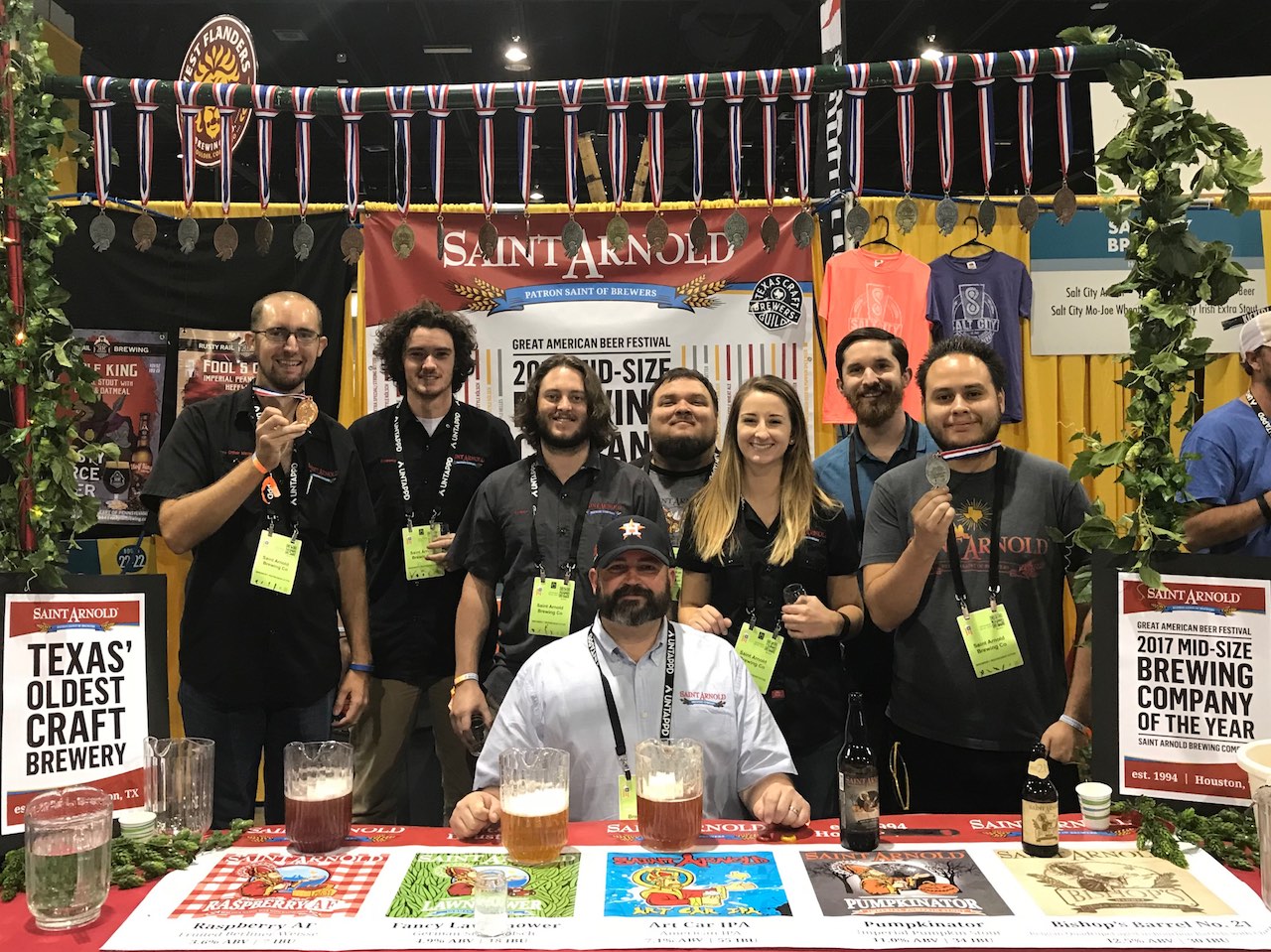 Amber Ale, first brewed in 1994, earned a bronze medal in the Ordinary/Special Bitter category. Amber Ale is a well balanced, full flavored beer with a rich, malty body and caramel character. Oktoberfest, which debuted in 1997, earned the silver medal in the Scottish Ale category. Oktoberfest is a full bodied, malty, slightly sweet beer with an above average alcohol content perfect for a cool fall evening. This is the fourth GABF medal for both beers.

“Amber Ale and Oktoberfest were delicious 20 years ago and they are delicious now,” said Brock Wagner, Owner and Founder of Saint Arnold.”I plan on having one of each in celebration today.”

Today’s award haul brings the total number of GABF awards for Texas’ oldest craft brewery to 26. The GABF is the largest commercial beer competition in the world and the premier symbol of brewing excellence. This was the toughest year yet, with 8,496 entries from 2,404 breweries in 102 beer categories. Saint Arnold was the only Houston-area brewery, and one of 15 Texas breweries, to bring some hardware back home.

About Saint Arnold Brewing Company
Saint Arnold Brewing’s 12 year-round beers, seven seasonals, and two special series – Divine Reserve and Bishop’s Barrel – are made and sold by the company’s staff of 90 dedicated employees. Saint Arnold was named 2017 Mid-Size Brewing Company of the Year and the beers have won 26 medals at the Great American Beer Festival.The brewery on the north side of downtown Houston was listed by Thrillist among the best breweries in America for eating, and Smart Meetings magazine named it among the top breweries to host an event. Saint Arnold is located at 2000 Lyons Avenue and its Beer Garden & Restaurant opens at 11 A.M. seven days a week. For more information, visit www.saintarnold.com.