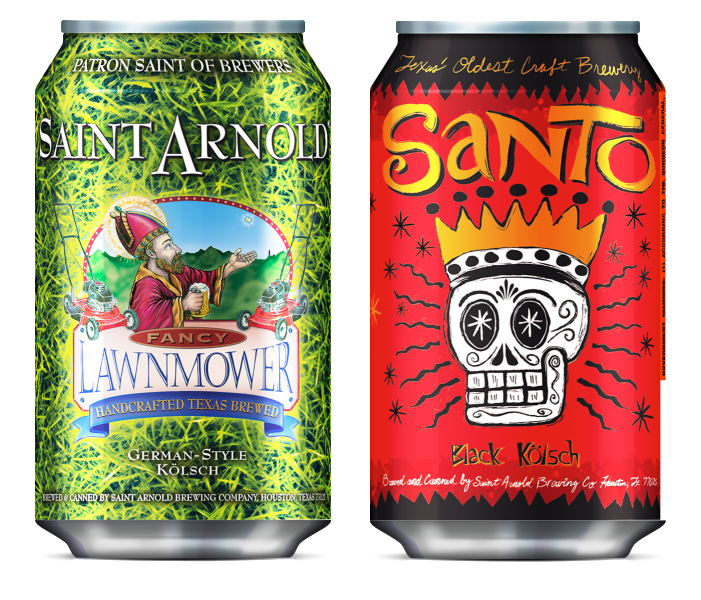 Saint Arnold recently completed installing its canning line that features a 20-head filler and can package up to 160 cans per minute. Starting in April, Saint Arnold Summer Pils will become the first of the brewery’s popular seasonal offerings to be offered in cans.

“We are excited about commissioning our state-of-the-art canning line which we have successfully shoehorned in between our kegging and bottling lines,” said Saint Arnold Founder/Brewer Brock Wagner. “I’m personally looking forward to being able to enjoy cans of our beer on the beach, while floating the river – where legal, of course – or by the pool.”

To celebrate its new beer can era, Saint Arnold will invite the craft beer community to visit Houston’s iconic Beer Can House on Saturday, March 14th. More than 50,000 beer cans adorn the house at 222 Malone Street in Houston, which has become a folk art monument. The event, which runs from noon to 5:00 p.m., will support the Orange Show Center for Visionary Art’s restoration activities. See background and video at http://orangeshow.org/beer-can-house/.

About Saint Arnold Brewing Company
Saint Arnold Brewing’s 16 brews are made and sold by the company’s staff of 74 dedicated employees. Ranked 48th on the Brewers Association list of top craft breweries, Saint Arnold was listed by USA Today as one of the “10 great places to see what’s brewing in beer,” and Smart Meetings magazine named it among the “Top 5 breweries to host an event.” Saint Arnold is located at 2000 Lyons Avenue and its brewery tour and tasting is offered every weekday at 3:00 P.M. and Saturdays starting at 11 A.M. For more information on Saint Arnold’s eight year-round and five seasonal beers as well as root beer, log on to: