“We’ve been approached for interesting collaborations before, but this effort with Girl involved us approaching them,” says President and Founder of Saint Archer, Josh Landan. “Girl is devoted to creativity and progression in skateboarding just as Saint Archer strives to progress craft brewing, keeping creativity front and center,” Landan goes on to say. 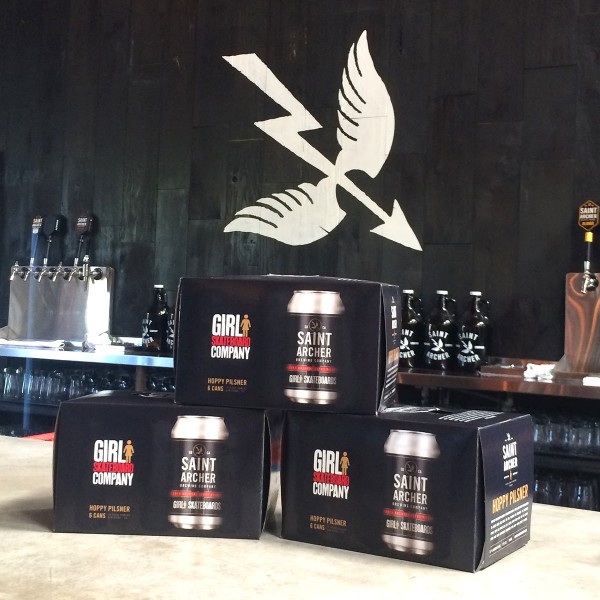 The new beer is modeled after the pilsners brewed in Northern Germany. The beer has a firm bitterness from using European hops and a pale straw color that comes from using all German grain. This combination is then fermented with a German Lager Yeast, and allowed to lager in the tank. The blend of ingredients and time create a crisp, clean, flavorful, yet refreshing beer.

The Girl Skateboards Company is headquartered in Torrance, Calif. Two of Saint Archer’s Ambassadors, Eric Koston and Sean Malto, are also part of the Girl Skateboard Family, adding to the story of this unique collaboration. It doesn’t hurt that Koston, arguably the most influential street skater of all time, also has a passion for craft beer that is unmatched.

Saint Archer Brewing Company was founded on a unique strain of creative talent: World-class brewers. Artists and musicians. Surfers, skateboarders, and snowboarders…. All coming together with passion and commitment to express our collective true love — handcrafted beer. Saint Archer’s been a long time in the tank and we hope you taste our appreciation and gratitude in every sip.