(Newport, OR)  – It all started in 1989 inside a tiny brewery on the Oregon coast guided by a mad genius known as John “More Hops” Maier. Today – 27 years later – the Rogue Brewmaster will tap his 20,000th batch of Rogue beer in the same location his first brew was crafted, at the original Rogue brewery in Newport now standing as Rogue’s Bayfront pub. 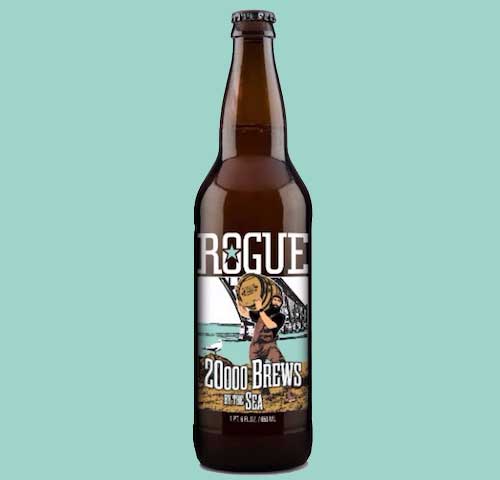 Using his signature mark of brewing beyond traditional styles, John dreamt up this complexity bomb by employing a unique double mash technique and brewing with 20 varietals of hops, 20 different specialty malts weighing in at 20º plato. The beer is finally ready after 20 days of bottle conditioning, though John says it can be cellared for another 20 years.

“I got as many people at Rogue involved in the process of making it back in August,” said John Maier who invited co-workers to pour in malts and hops into the brew. “Today I am proud to share this beer with everyone at the same place I brewed my first batch of Rogue beer. Prost!”

20,000 Brews By the Sea will be tapped at all Rogue Meeting Halls Friday, November 18th at 5pm where it will also be available in limited edition 22 ounce bottles.

About John “More Hops” Maier
John graduated in 1986 from the Siebel Institute, was named National Homebrewer of the Year in 1988 for his Old Crustacean Barleywine recipe, received the Brewers’ Association inaugural Russell Scherer Award in 1997, and worked at Alaskan Brewery where he created their renowned Smoked Porter. When John isn’t brewing he’s likely to be listening to Jazz, riding one of his seven bicycles, walking his Curly Coated Retrievers, or traveling the world with his wife Stacey.

About Rogue Ales & Spirits
Rogue Ales & Spirits is an agri-fermenter founded in Oregon in 1988 as one of America’s first microbreweries. Rogue has won more than 1,800 awards for taste, quality and packaging and is available in all 50 states as well as 54 countries. Since 2008, Rogue has remained committed to saving the terroir of Oregon hops, barley, rye, wheat, honey, jalapeños, and pumpkins one acre at a time by growing its own.