(Cincinatti, OH) – The Festival of Wood and Barrel Aged Beers (FOBAB) was held this past weekend in Chicago, IL and Listermann/Triple Digit Brewing here in Cincinnati took home the highest honor! Barrel Aged Chickow!, a hazelnut double brown ale aged in Heaven Hill Barrels, won a gold for best in its category. The 12 category winners then went head to head for best in show. “We were very excited to win a gold medal in our category as it was an improvement in our silver for Chickow! from last year,” says Jason Brewer, the General Manager at Listermann/Triple Digit. He continues, “We were still high-fiving and hugging each other when we heard our name announced for best in show. I don’t know if it will ever sink in.” 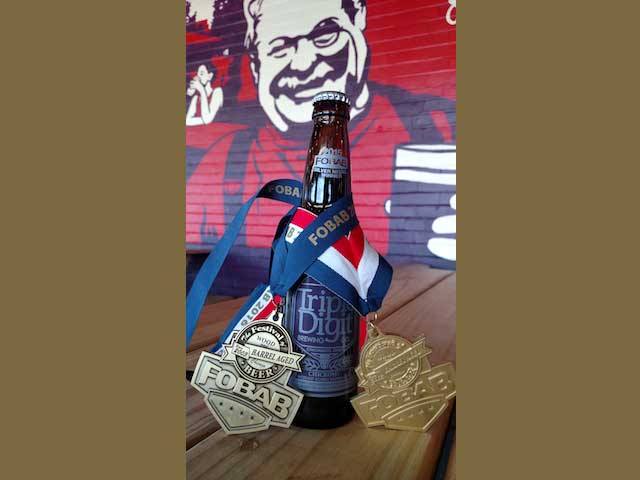 This was the 14th year for FOBAB and the fest is the largest barrel aging competition in the universe with beers being entered from all over the world. “FOBAB is the date we have circled on our calendar every year,” Brewer says. “It allows us to show off our unique creations without the harsh guidelines of most competitions.” Brewer adds, “We’re still on Cloud 9 but have to keep our feet on the ground so we can brew some more Chickow!.”

This is the second year in which the Cincinnati, Family-Owned Business is the only Ohio brewery to win a medal at the contest.