(Newport, OR) — In a dedication to common sense, Rogue Ales & Spirits has canned Yellow Snow IPA for this winter’s release of its snow cult classic. 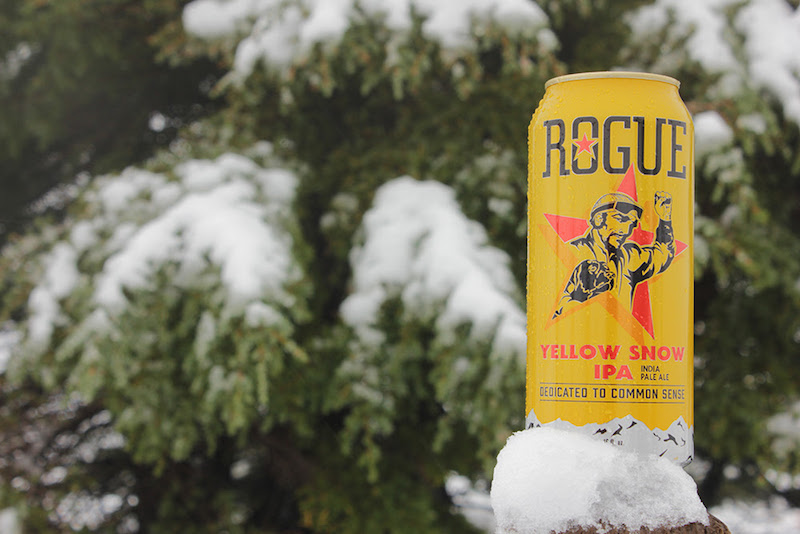 The pale-golden-hued ale features a hoppy, tropical-fruit-forward aroma complemented by a medium body and hoppyness mid-palate. Made with Oregon grown Rogue Farms hops and barley, Yellow Snow IPA returns for a long winter in bottles, on draft and now in 16-ounce cans for more thirst-quenching versatility.

“The new cans of Yellow Snow IPA are portable and lightweight,” says Rogue President Brett Joyce. “The only thing we want heavy this winter is the snowfall.”

About Rogue Ales & Spirits
Rogue Ales & Spirits is an agri-fermenter founded in Oregon in 1988 as one of America’s first microbreweries. Rogue has won more than 1,800 awards for taste, quality and packaging and is available in all 50 states as well as 54 countries. Since 2008, Rogue has remained committed to saving the terroir of Oregon hops, barley, rye, wheat, honey, jalapeños, and pumpkins one acre at a time by growing its own.