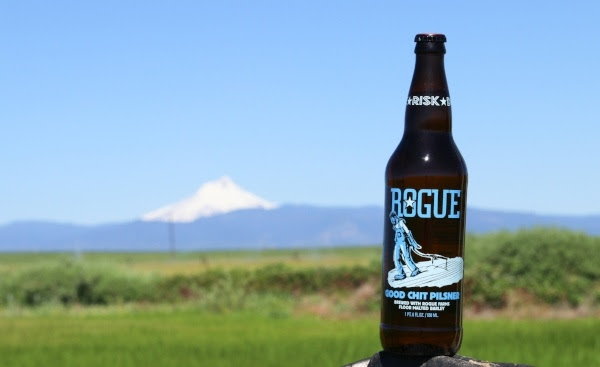 Grown in Rogue Farm’s volcanic-rich soil at Tygh Valley, Ore., the barley is harvested, combined and delivered to Rogue’s on-site malt house to be floor-malted. The golden grain is spread across a specialized floor, where it is hand-turned every 12 hours over the course of eight days. Once the barley creates “chits” or sprouts that start to grow as a result of the floor-malting process, it is transported to Rogue’s brewery in Newport, Ore., to become Good Chit Pilsner.

“The floor-malting process is an ancient brewing practice that best represents our farm-grown pilsner,” said Rogue General Manager Dharma Tamm. “It creates a unique experience in every bottle of Good Chit.”

Good Chit Pilsner is available now on draft and in 22oz bottles nationwide. For more information about Rogue Farms and how to Grow the Revolution, visit www.rogue.com.

Rogue Ales & Spirits
Rogue Ales & Spirits is an agri-fermenter founded in Oregon in 1988 as one of America’s first microbreweries. Rogue has won more than 1,800 awards for taste, quality and packaging and is available in all 50 states as well as 54 countries. Since 2008, Rogue has remained committed to saving the terroir of Oregon hops, barley, rye, wheat, honey, jalapeños, and pumpkins one acre at a time by growing its own.