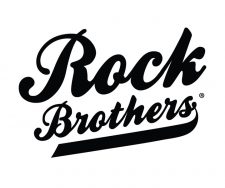 (Tampa, FL) – Co-Founders Tony Casoria and Kevin Lilly’s vision for Attic Records and Rock Brothers Brewing have finally come to fruition after years in the making with the opening of their new flagship location for both brands in Ybor City, Florida. The 8,000 square foot historic building will house the brewery where all of the Rock Brothers beers will be brewed. The building will also include The Attic concert venue, which originated in a warehouse in St. Petersburg that eventually evolved into Paper Crane and Bloom. Thirdly, and directly connecting the brewery and venue, the building will introduce “The Tasting Room”, which will serve Rock Brothers beers and craft cocktails. This is a reimagined concept for the Tampa Bay beer scene as Rock Brothers will be the only brewery in the bay area focusing heavily on being a professional craft cocktail bar as well.

Casoria, co-owner of the immensely successful Mandarin Hide in downtown St. Petersburg brought his experience renovating the cocktail culture in St. Pete and his passion for design and music to The Tasting Room at Rock Brothers. “The 125 year old building, with all its character and space allowed for a lot of exciting design elements, and the room to create an impressive back bar so that our talented staff could have all the tools necessary to produce an exceptional product,” Casoria said. The Tasting Room will blur the boundary between craft beer and spirits with an impressive array of beer-tails and the creation of a new genre of cocktails using hops from their beers to make their own hop bitters, syrups, reductions, and tinctures. “We are hoping to do for Ybor what Mandarin has been credited for doing in St. Pete; ushering in a wave of businesses that up the game for the craft cocktail scene,” said Casoria.

While both partners are directly involved on all aspects of the business, Casoria focused primarily downstairs on the bar during the buildout. Upstairs, Lilly took the reins when it came to his personal passion, the concert venue called “The Attic.” After 15 years grinding in the music industry as a full-time musician, tour manager, concert promoter and artist manager, Lilly’s time spent is finally paying off. “I’ve spent years producing concerts in everyone else’s venues, and while I loved the work, I always knew the end goal was to have a place of my own. The first night I watched a concert in The Attic, I was so busy I couldn’t really soak it in… I couldn’t really grasp the gravity of what was happening,” Lilly said. That show was Grammy Winner, Shawn Mullins, on Dec. 10, 2016, followed by two sold out nights with JJ Grey on Dec. 16 and 17.

Lilly describes the room as an “audible art gallery,” as it will focus on singer/songwriter “Storyteller” sets and intimate evenings with some of the greatest touring acts of the last 20
years. “After spending so much time analyzing shows, we really did put an intense amount of thought into the sound, lights, and feel of the room in order to create the best atmosphere for anyone who experiences a show here,” said Lilly. “With our connections in the industry, and our partnerships with our Rock Brothers bands, this room should be a favorite of fans and the artists themselves in no time,” said Lilly.

While The Attic has been open for weeks now, The Tasting Room has been refining their product before and after the shows upstairs. “The idea was to come online slowly downstairs and properly prepare for our Grand Opening,” says Casoria.

The Grand Opening festivities for Rock Brothers are set for the weekend of January 13, 14, and 15. On Friday the 13th, Florida’s own Thomas Wynn & the Believers will be playing The Attic stage. On Saturday the 14th from noon – 7pm, Vagabond Gita Bohemian Market will be doing a pop-up market in the brewery warehouse space as well as a motorcycle show. The Attic will be open free of charge during this time, so everyone can experience the room. Performances from noon-7pm will include some of the best singer songwriters in Tampa Bay area including Will Quinlin, Shawn Kyle, Lauris Vidal, Geri X, Mountain Holler, and many more. Saturday night the celebration continues with Thomas and Olivia Wynn, JT Brown and Co., and the band that launched Rock Brothers Brewing, Have Gun, Will Travel. Each band will perform their original music plus covers of Rock Brothers partner artist bands such as 311, Rebelution, JJ Grey, and Hootie and the Blowfish.

January 5, 6, 7, 8 and 9th ::
Rock Brothers will be open 7pm to 2am in The Tasting Room to accommodate college football fans during the National Championship as well as host any locals who wish to stop by.

January 13th :: Concert :: Thomas Wynn & The Believers :: The Tasting Room and The Attic will open at 6pm and close at 2am.
Ticket Link :: https://www.ticketfly.com/purchase/event/1406513?utm_medium=bks