(Denver, CO) – This Saturday January 19th, River North Brewery will release the 2019 vintage of Whiskey Barrel Quandary, its annual Abbey-style quadrupel aged in nothing but the finest Colorado bourbon barrels. 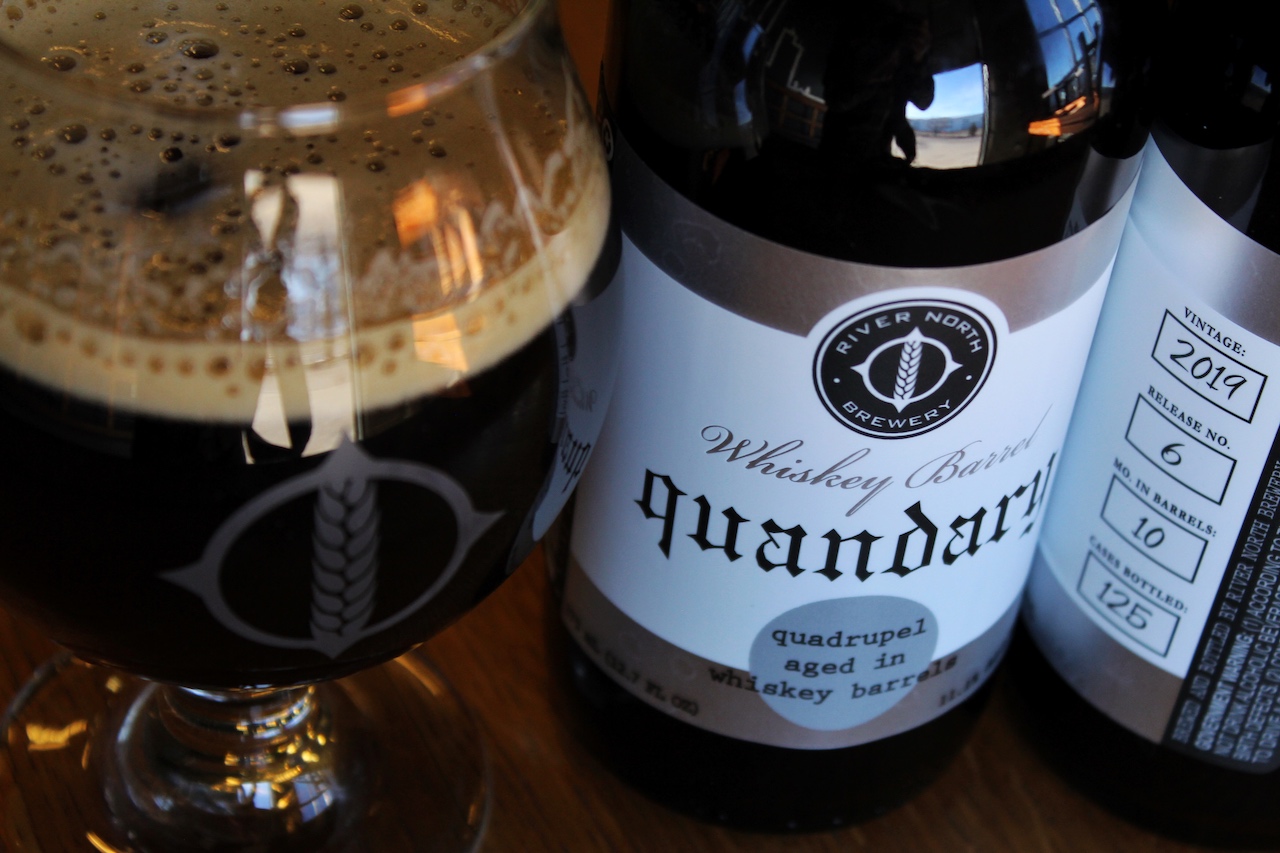 A pillar of the brewery’s barrel program since 2013, Whiskey Barrel Quandary harkens back to a time when a world-class beer was about nuance and balance, revered for its layers of complexity and delicate refinement. Traditional quadrupel notes of plum, fig, raisin and date intermingle with a kiss of charred oak and bourbon, finishing with a lasting warmth.

Only available once per year, River North will have Whiskey Barrel Quandary both on tap and in bottles to go when the taproom opens at Noon – snag bottles for $10 each with no limit. The brewery specifies that this beer will cellar gracefully for up to five years. Following the release, a limited amount of Whiskey Barrel Quandary will be available at Colorado liquor stores.