(BALTIMORE, MD) – The “Uncharted Waters” series by Heavy Seas Beer will soon welcome the 2019 edition of Blackbeard’s Breakfast, an Imperial Coffee Porter aged in bourbon barrels, available in both 4 packs of 12oz bottles and on draft. The brewery will also be introducing an extremely limited, draft only variant of the beer brewed with house made caramel and sea salt. 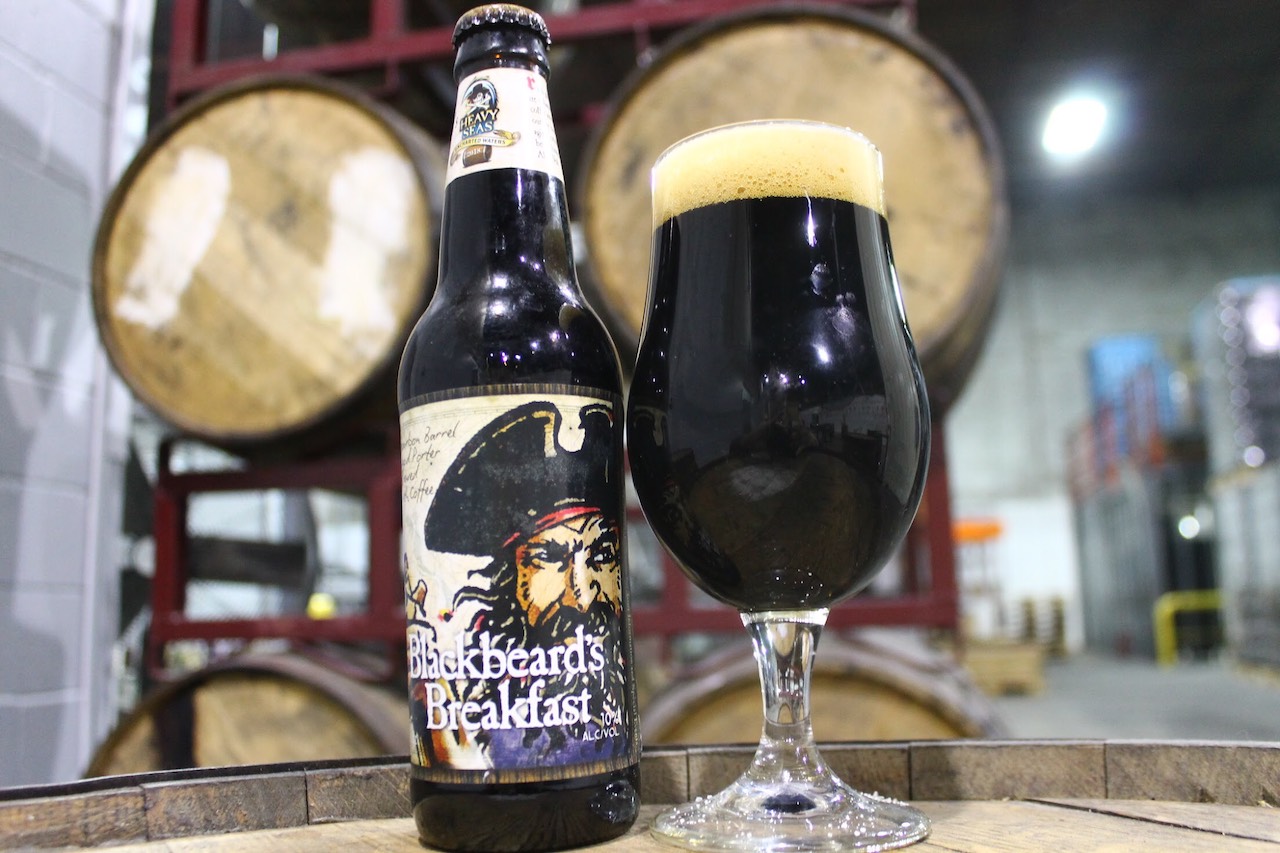 Both versions of Blackbeard’s Breakfast will be available starting in February. The Salted Caramel Blackbeard’s will only be available in select markets within Heavy Seas’ distribution footprint. These states include: Maryland, Washington, DC, Pennsylvania, Virginia, Delaware, New Jersey, North Carolina, Rhode Island, and Ohio.

Blackbeard’s Breakfast is a robust porter with a new world twist. Aged in bourbon barrels and brewed with local Chesapeake Bay Roasting Company’s Dark Sumatra coffee, this porter is flavorful and complex. Featuring unique English malts, this brew will have strong notes of caramel and a slight nut character. Paired with bourbon notes and the sumptuous Sumatran Coffee, Blackbeard’s Breakfast will please coffee and beer connoisseurs alike. The limited draft only version is finished with house made caramel and salt to create an even more complex and tantalizing flavor.

“We decided for 2019 that we wanted to produce some draft-only “twists” on some of our Uncharted Waters beers,” says Heavy Seas Brewmaster, Christopher Leonard. “The first one is a Salted Caramel version of Blackbeard’s Breakfast, our Bourbon Barrel-Aged Imperial Coffee Porter. We add cold brewed coffee after barrel aging when we produce this beer. So, we put some of the barrel-aged, non-coffee Blackbeard’s Breakfast into a tank with house-made caramel and imported sea salt. The non-coffee, variant of Blackbeard’s Breakfast has a more pronounced vanilla flavor and aroma, along with a rich toffee, caramel flavor that is balanced nicely with the hint of salt. There are still some coffee-like roasted notes, but they provide a much subtler layer to the flavor profile.”

Here are the product specs: