(Denver, CO) – On Saturday, October 7th, River North Brewery will release two limited-edition varieties of their renowned Mr. Sandman imperial stout. Toasted Coconut Mr. Sandman and Mayan Chocolate Mr. Sandman will both debut on tap and in bottles to-go at Noon in the River North taproom – just North of downtown Denver – as the finale of the brewery’s GABF week celebrations. 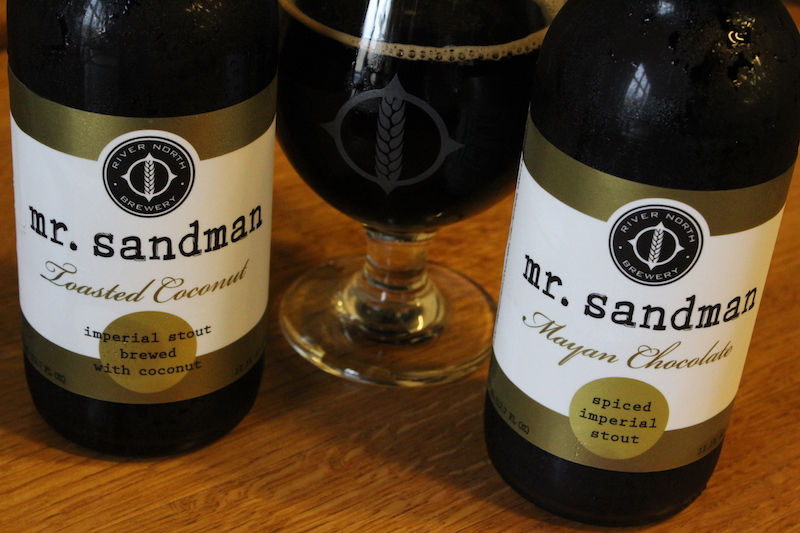 Garnering accolades since it was first brewed, Mr. Sandman was ranked as the best imperial stout in the country in a January 2017 blind tasting by Paste Magazine. These two new variants build on that reputation and are the first flavor-infused stouts released by River North in bottles.

The first variant, Toasted Coconut Mr. Sandman, utilizes ten pounds per barrel of toasted coconut, for a decadent beer deserving of a place beside the world’s finest desserts. Tropical, rich, and roasty, but not too sweet.

River North will release 54 cases of each beer, which will only be available in the brewery taproom. Snag up to four bottles of each variety for $10 each. During the release party, the brewery will also tap classic Mr. Sandman and the hyper-limited Single Cask Mr. Sandman: Rum Barrel.

Get info on all of River North’s GABF events – including additional releases of Single Cask J. Marie: Port-Finished Bourbon, Cherrywood Quad and 2016 vintages of the Decennial Series – by visiting rivernorthbrewery.com/blog. The festivities begin with River North’s Inaugural Oktoberfest Party this Saturday, September 30th.

As independent Denver brewers established in 2012, River North crafts #AdventureFuel only available in Colorado, with a full lineup of crushable cans and cellar-worthy bottles. Like the brewery on facebook.com/rivernorthbrewery or follow and tag @rivernorthbrew on Twitter and Instagram.