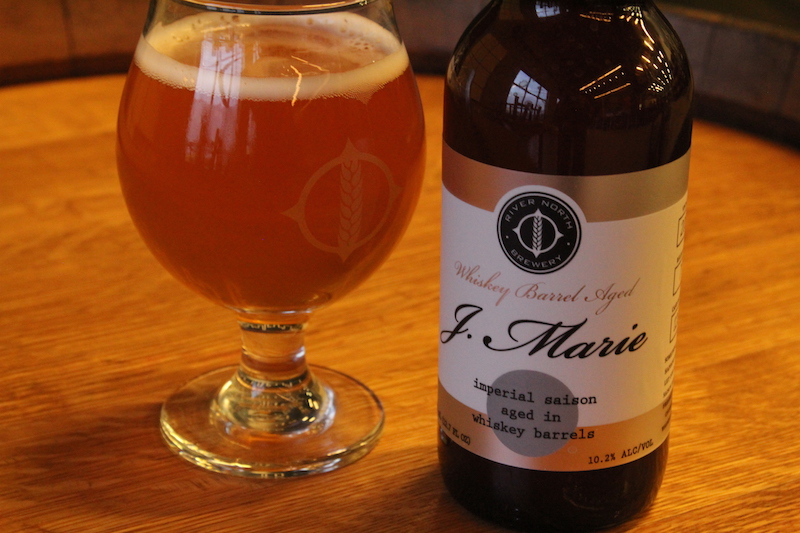 New for 2017, this year’s membership includes six bottles from the brewery’s ultra-limited Single Cask project to be released throughout the year. Each beer in the Single Cask series showcases the beauty of a single oak barrel, hand-selected by River North’s brewers.

The full list of benefits for the $99 annual membership includes:

New memberships go on sale to the public this Saturday, January 14th at Noon. For the occasion, River North will also release two barrel-aged beers.

The aforementioned Single Cask Mr. Sandman will have a bottle limit of two. This means that on Saturday, Norther members can purchase one additional bottle at $12 while supplies last. Non-members can snag up to two bottles total.

The brewery will also bring back Whiskey Barrel Aged J. Marie, their quintessential imperial saison aged in whiskey barrels, brewed since River North’s inception. This beloved icon layers toffee and coconut notes upon the saison’s classic stonefruit bouquet. Only 125 cases were bottled for the 2017 vintage, and you can snag up to a full case of at $10 per bottle.

As the brewery prepares to celebrate its 5th Anniversary in February, River North would like to thank all Colorado beer lovers for showing so much support throughout the years. Look for lots of new beers from River North this year, both barrel-aged classics and new staples such as lagers and American IPAs. The 5th Anniversary party kicks off Saturday, February 18th at Noon.

Since 2012, River North Brewery has crafted Adventure Fuel for Colorado beer fanatics, with a full lineup of crushable cans and high-gravity bottles. Brewing in Denver, River North was named the 2015 Brewery of the Year in the Best of Craft Beer Awards. Like the brewery at facebook.com/rivernorthbrew or follow/tag @rivernorthbrew.