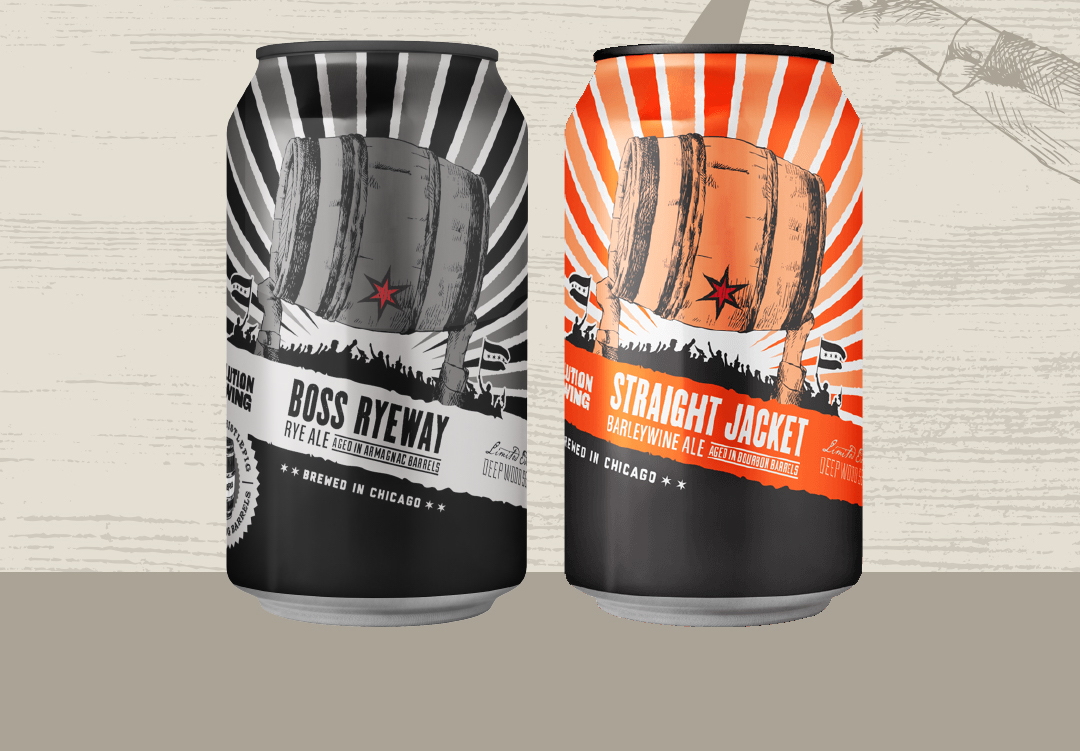 (CHICAGO, IL) –Following the successful transition of the Deep Wood Series of barrel-aged beers into cans, Revolution Brewing is expanding the lineup in 2018. Six new-to-can beers will join four of last year’s favorites for a total of 10 different barrel-aged varieties.

“We’re sticking to our guns and focusing on quality. We’re not scouring the earth for the one adjunct that’s never been done,” Brewer Marty Scott said. “We want to stand out by creating great traditional beers before they even go into the barrel.”

“Nothing’s been cleaned up or hidden by these barrels,” Head Brewer Jim Cibak added. “All of our ingredients and processes are time tested. We get the best barrels we can and use them to make the beers more interesting.”

And joining them in cans for 2017 are a collaboration beer, four new variants, and the return of one old favorite:

Revolution will hold a series of four release parties at the Revolution Brewing Taproom for fans to purchase the 2018-2019 lineup in four-packs of 12 oz. cans and experience the latest draft-exclusive variants. The first pours of each Deep Wood Series release will take place across draft-only preview parties held at bars and retailers the night prior. The list of locations by market will be announced as the release dates approach.

Deth’s Tar, Café Deth, and Straight Jacket cans will see wide distribution following their releases, along with limited distribution of Code Switch and Vanilla Deth. More on the beers, release events, and the history of the Deep Wood Series can be found at https://revbrew.com/about/2018-2019deepwoods.

Revolution Brewing is the largest independently owned brewery in Illinois, brewing every drop in Chicago between the original brewpub space in Logan Square and a production brewery and taproom in Avondale.