(Pacific City, OR) — Pelican Brewing Company this week introduces the next in its fruit-forward 2018 Lone Pelican Small Batch Series—welcome a taste of Oregon summer packed into every bottle of Peached On Deck. Pelican used 50 pounds of peaches per barrel of beer to create the fruity brew bursting with bright peachy character, a clean, sweet aroma and velvety textures. The delicious summer thirst-quencher is available now for a limited time in 22 oz. bottles and on tap. 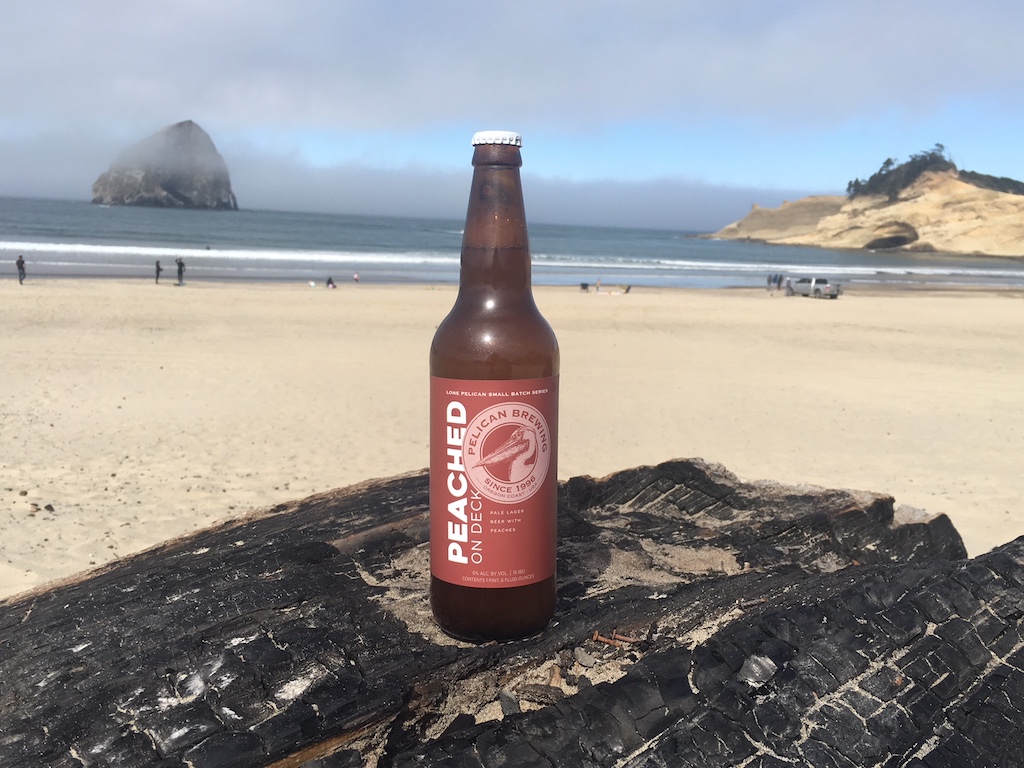 In Pelican’s never-ending quest to develop the unique and the uncommon, they discovered an enticing flavor combination using malt and peaches. Capturing both the tart and sweet side of peaches, Peached on Deck delivers aromatic notes of the succulent summer fruit with a surprising champagne-like finish. Pilsner malt, Vienna malt, Tettnanger hops, fresh peaches, and pure local water combine to create a soft yellow hue with a velvety texture and delicate flavors of toasty malt and sweet fruit. Lager yeast delivers a clean and crisp finish. It’s like having your peach and drinking it too.

For this sensational voyage into creating beer with fruit, Pelican had only one compass heading: massive quantities of flavorful fruit blended with perfectly matched beer, re-fermented to create new complexities of flavor. Each beer in this quarterly series is bold in its creation but ephemeral in its duration.

“Our brewers have really showcased some unique, decidedly ‘Pelican’ versions of fruit beers—they’ve been a huge hit with our fellow fanatics and they sell out fast,” says Jim Prinzing, chief executive officer, Pelican Brewing Company. “All of the new Lone Pelican recipes have been inspired by all of the seasonal natural bounty and produce Oregon has to offer. Peached on Deck offers an absolutely sensational summer experience in a bottle.”

Like the lone pelican flying independently from the flock, this small batch series flies in the face of convention. Our Lone Pelican Series takes traditional beer styles and ingredients and reimagines them to demonstrate the vast spectrum of flavor experiences possible in this wonderful beverage.

Peached on Deck is born at the beach by a team of award-winning craft beer makers known for brewing styles of beer that they themselves love to drink. Cheers!