(SEATTLE, WA) –  Reuben’s Brews in Seattle’s Ballard District is reporting growth across the board with an increase in production, recent expansions and new hires. 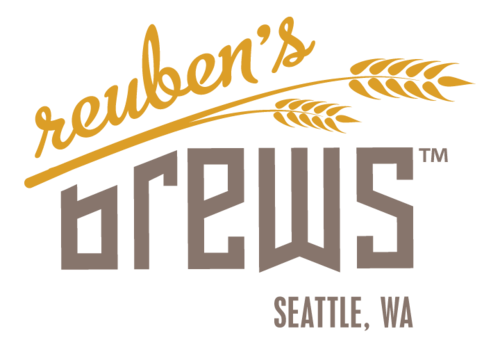 Highlights 2017 for the brewery include:

Given all of this, Reuben’s Brews needed to bolster its existing staff by adding key leadership positions and promotions to add strength and depth to its already amazing team.

In addition to these leadership changes, Reuben’s has further strengthened its taproom team and brewery team. Regulars to the taproom may have noticed some new faces with team members Dave Patania, Jess Keller, Matt Ellis and Ashley Hermosillo. Many of these new hires were (and still are) regular customers of the taproom, they’ve just shifted roles!  And in the brewery, Khris Lloyd recently joined in a cellar role, and Nigel Lassiter has joined part time too.

About Reuben’s Brews
After the birth of their first child Reuben, Adam and Grace embarked on a mission to brew bloody good beer. Originally from the UK, Adam turned a passionate hobby into a family-run brewery crafting nationally and internationally recognized beers in a wide variety of styles. Since opening in 2012, Reuben’s has won awards for its beers around the world including at the Great American Beer Festival, the World Beer Cup, the US Open and was named Mid-Sized Brewery of the Year at the 2015 Washington Beer Awards. Find Reuben’s Brews in Western Washington and at its taproom located at 5010 14th Ave NW in Ballard, open 7 days a week. For more information, visit www.reubensbrews.com or follow on Facebook, Twitter and Instagram (@reubensbrews).