(SEATTLE, WA) – Reuben’s Brews, a family-owned Seattle neighborhood brewery, introduces its new barrel-aged sour series with the release of Brettania – Boysenberry and Blackberry. Nearly a year and a half in the making, Brettania is a rustic saison made with boysenberries and blackberries, and has already medaled at the prestigious 2018 North American Beer Awards. The brewery also released Tropical Funk – a brett IPA – at the brewery this past weekend, another great example of the type of beers that can be expected from this new venture. 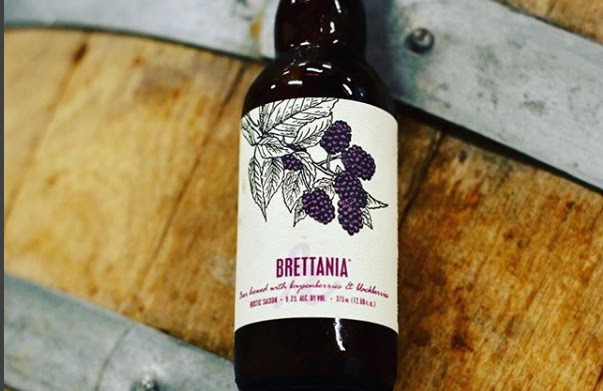 “What interests me most about brewing is the challenge. The challenge of creating something, the challenge of new processes, the challenge of managing living organisms to create the flavor profile I was aiming for,” said Adam Robbings, co-founder and brewmaster for Reuben’s Brews. “Our new barrel-aged sour series represents one of these challenges. It is an exciting genre of beers and we jumped at the chance to explore the world of bacteria and brettanomyces.”

Over the past (almost) six years, Reuben’s Brews has created all types of beers including kettle sours, IPAs, Belgian styles, stouts, barrel aged stouts, lagers and more. The brewery’s foray into barrel-aged sours began in February 2017 when they were able to isolate the project so that other beers would be protected from contamination. Two beers will launch the series:

The Brettania barrel-aged sour series will feature a new beer released every few months, each featuring a different fruit expression. Brettania – Boysenberry and Blackberry was aged for six months in oak puncheons with the brewery’s house brettanomyces culture. It was then aged again atop a heaping amount of boysenberries and blackberries for six more months and finished up with another fermentation period inside the bottle. The result? A bright, dry and effervescent beer, full with jammy fruit character that is perfect for the hot summer days. The next beer in the Brettania series – featuring guava – is already bottle conditioning and will likely be released in early fall.

Tropical Funk is a Brett IPA created with a 100 percent all stainless brettanomyces drie primary ferment. This funky, hazy IPA is packed to the gills with bright tropical fruit notes driven by the Citra and Mosaic hops, perfectly complemented by grapefruit from the brettanomyces. A little background funk and white pepper adds complexity, while a soft, pillowy mouthfeel supports the fruit forward flavor profile.

Both Brettania and Tropical Funk will be available on tap at the Reuben’s Brews tasting room; Brettania’s limited amount of 375ml bottles sold out in one day. Next up for the brewery is Pillars of Gold, a Belgian Pale ale refermented with brett during natural carbonation, which will be released on the brewery’s 6th Anniversary Party on August 4.

About Reuben’s Brews
After the birth of their first child Reuben, Adam and Grace embarked on a mission to brew bloody good beer. Originally from the UK, Adam turned a passionate hobby into a family-run brewery crafting nationally and internationally recognized beers in a wide variety of styles. Since opening in 2012, Reuben’s has won awards for its beers around the world including at the Great American Beer Festival, the World Beer Cup, the US Open and was named Mid-Sized Brewery of the Year at the 2015 Washington Beer Awards. Find Reuben’s Brews in the Pacific Northwest and at its taproom located at 5010 14th Ave NW in Ballard, open 7 days a week. For more information, visit www.reubensbrews.com or follow on Facebook, Twitter and Instagram (@reubensbrews).