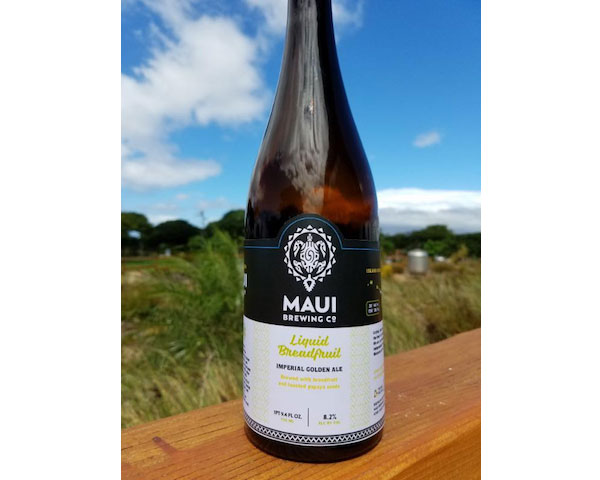 “Dogfish Head is proud of our collaboration with Maui Brewing Company on Liquid Breadfruit. Beer has often been described as liquid bread. And our use of indigenous breadfruit, papaya seeds, and experimental hops come together in a tropical triangle that makes this beer like nothing else on earth. As enticing and memorable as the island itself,” wrote Sam Calagione, President & Founder, Dogfish Head Craft Brewery.

Breadfruit, which is a traditional staple in Hawaii, has a high-quality protein and a potato-like consistency when cooked, packing a healthy dose of vitamins and minerals. According to Diane Ragone, PhD, Director of Breadfruit Institute | National Tropical Botanical Garden on Kauai, “Breadfruit is a very versatile fruit which can be used so many ways: soups, salads, baked goods, fries, entrees, appetizers, snacks, and more. It’s very exciting that Maui Brewing Company is expanding the use of this crop and supporting farmers and regenerative agriculture in the islands through its production of Liquid Breadfruit. Looking forward to enjoying the beer with some ‘ulu chips!”