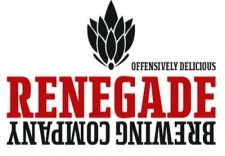 Ryeteous, the flagship brew of Renegade Brewing Company, will soon be getting a new name. Renegade was served with a cease and desist letter from an attorney representing Sixpoint Brewery out of Brooklyn, New York. Sixpoint produces a beer called Righteous and the company felt that although they don’t distribute in Colorado, or anywhere near Colorado, that they should stake their claim on the name Righteous and all sound-alike versions of the name.

Renegade’s founder and president Brian O’Connell, proposed that Renegade and Sixpoint make Righteous Ryeteous, a collaboration brew that would be an example of brotherhood in the industry and follow the example set by Avery Brewing and Russian River. Sixpoint made it clear that they were not open to such an idea.

We at Renegade are saddened to see the rising number of disputes in the brewing industry. Renegade is proud to be a member of an industry that has a strong collaborative component and we will do our part when possible to preserve it.

Of course a company has a right to protect its trademarks, but we believe that a cease and desist letter should only be used in the case of honest trademark infringement that causes legitimate confusion for the consumer in the market place. When Renegade set out to change the name of Ryeteous, we wanted to make a statement about our perspective on cease and desist letters. Renegade stands for doing things differently, plain and simple, and the craft brewing industry does things differently. When Avery Brewing and Russian River discovered that they both had a beer named Salvation, rather than sue each other for the naming rights, they decided to blend their beers into a new beer called Collaboration Not Litigation. That is the industry that Renegade joined and that is the industry we wish to preserve. Can you imagine Chevy and Ford reaching an agreement like that? Or Anheuser Busch and Coors? No, it wouldn’t happen between any other companies other than craft beer companies.

Therefore, the new name we chose for our beer is Redacted. It represents that there was something there before that no longer is, that our original name was silenced by a legal move. Although the name will change, the beer inside the cans will not. No recipe changes will take place. We look forward to continuing to bring our popular Rye IPA to the people of Colorado and to working in the greatest industry in existence.

Redacted is expected to start hitting shelves in April 2013. Until then the beer will continue to be distributed under the current Ryeteous label.