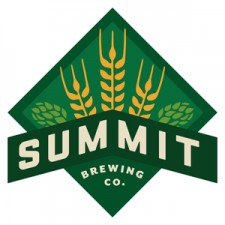 St. Paul, MN – We here at Summit are happy to announce some big news from the brewery: a new logo, a new beer and a new way to celebrate the grand tradition of baseball in Minnesota.

Summit drinkers will begin to see our new logo (above) and look beginning this April. Our rebranding efforts begin April 1 during Minnesota Twins Opening Day at the newly redesigned Summit Town Ball Tavern (formerly the Town Ball Tavern) and April 15 with the release of our new Union Series: Meridian Session Ale. The rebranding will roll out throughout 2013 and 2014 as we continue our commitment to sustainability by using up the bottles and packaging that currently exist with the past design.

Founder Mark Stutrud explains that the new logo and rebranding comes as we prepare to double our production capacity. “We redesigned our original logo in 1999 after the new brewery opened. With the expansion of the brewery 14 years later, we felt it was again time to update our look. Innovation is part of our DNA and we think this change signals that commitment while also honoring the community that built this company.”

We’ve partnered with Twin Cities branding and design firm Duffy & Partners for the redesign of the brand, debuting with the new logo. The new look is an evolution of Summit’s past two logos and carries forward the diamond shape that has been the hallmark of Summit’s brand since its inception in 1986. Summit Avenue, the vein running through the heart of St. Paul, is seen in the interpretation of the street sign. The new logo also honors the high quality, raw ingredients at the center of Summit’s brewing tradition.

Beer lovers will first see the new logo in public while cheering on the Minnesota Twins inside the new Summit Townball Tavern at Target Field. “We’re big fans of the hometown team and what they mean to Minnesota,” says Mark Stutrud. “With this new tavern we can continue to deepen that relationship with our community.”