(Portland, OR) – Kicking off the 2019 West Coast League baseball season, Portland Brewing announces the first ever craft beer collaboration with Dillon The Pickle, mascot for the Portland Pickles baseball team. Dill’s Pils is available on draft at all Pickles’ home games  at Walker Stadium in Portland’s Lents Park. Later in the summer, the brewery will also participate in two events at the ballpark highlighting their Keep Portland Weird beer series. 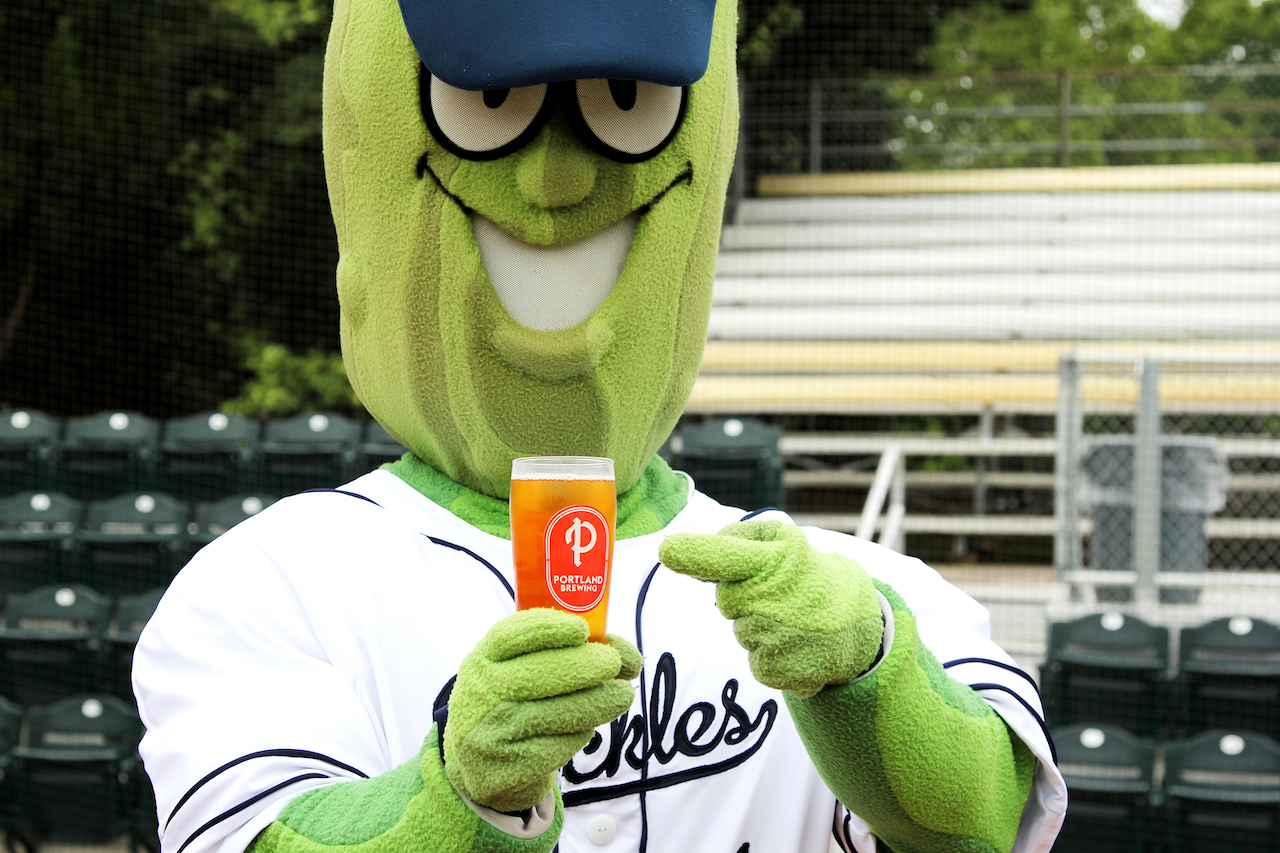 “We are a proud new partner of the Portland Pickles,” said Ryan Pappe, Head Brewer at Portland Brewing. “The Pickles are already a ton of fun to watch on warm summer days. I love that I’ll now be able to enjoy the games with a few pints of beer celebrating Dillon the pickle. What goes together better than baseball and a nice cold pilsner?”

Dill’s Pils is brewed to be a summery stadium-style Pilsner, light and refreshing at just 4.5% ABV with a golden straw color, floral aroma from Mt. Hood hops, and a clean, crisp finish. Available for the entirety of the season, thirsty Pickles fans can find Dill’s Pils in Walker Stadium on the main concourse and at the Ford Northside Party Deck.

“Dillon has been asking for a light and refreshing beer for a couple years,” said Alan Miller, owner and operating partner of the Portland Pickles. We are excited to be working with Portland Brewing on this amazing beer and we look forward to sharing it with Pickles fans everywhere.

In addition to the new brew, Portland Brewing will also highlight other specialty beers from their Keep Portland Weird seasonal series during two special events at the stadium:

Unipiper Hazy IPA is available in 12oz cans all season at a number of the stadium’s beer stations, and for delivery to your stadium seat through the Portland Pickle’s direct messaging system. For Unipiper Day, The Unipiper will throw the first pitch, sign autographs, giveaway fun gear, and recruit people to join Weird Portland United, a nonprofit supported by proceeds of Unipiper Hazy IPA.

Terry Currier is the owner of Music Millennium and a co-founder of the Oregon Music Hall of Fame. Portland Brewing will have a new seasonal brew for Terry available in the stadium on this special day.

Portland Brewing is no stranger to carving its own path. Founded by a group of high school friends, banded together to pursue a passion; industry pioneers who had no rules or playbook, but nevertheless helped shape the Portland craft beer scene to what we love today. Located in the heart of industrial Northwest Portland, Portland Brewing continues to be a passionate group focused on crafting new, amazing beer and sharing the fruits of their labor with neighbors, friends and strangers alike.

About the Portland Pickles: The Portland Pickles is a collegiate wood-bat baseball team founded in 2015 and based in Portland, Oregon. The team is a member of the West Coast League and play home games at Walker Stadium in Portland’s Lents Park. The Pickles are all about FUN and are recognized for presenting the best entertainment package in the Portland area.  Pickles baseball is affordable family entertainment. The Pickles offer special discounts to groups and fundraising opportunities for organizations throughout the community.