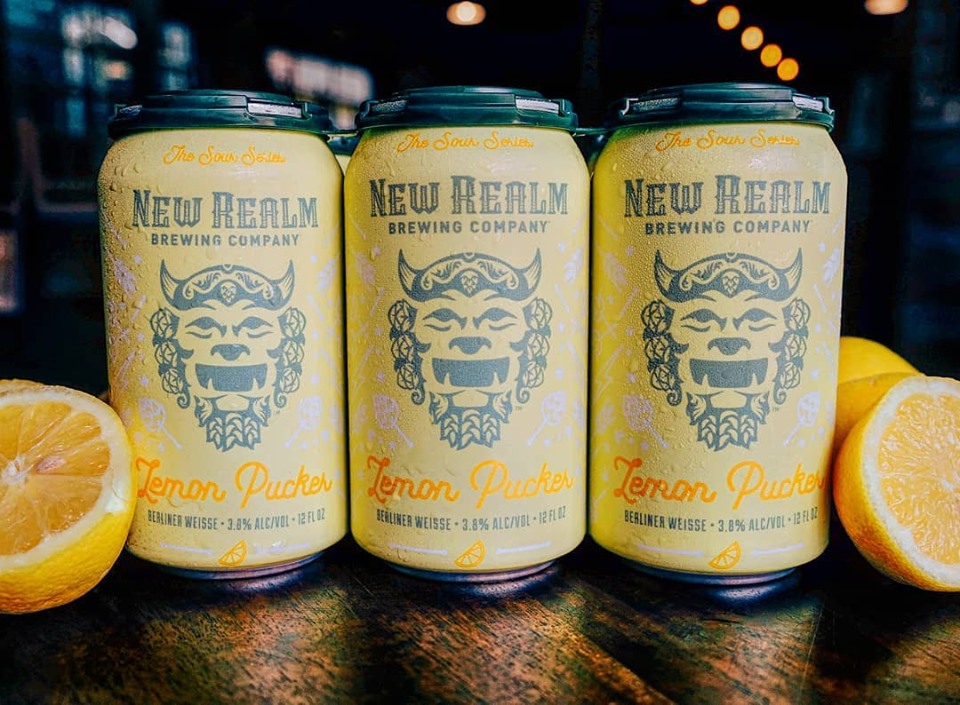 “I like to call this grown up lemonade without the sugar,” said Mitch Steele Co-Founder and Brewmaster of New Realm Brewing.  “At our brewing team’s suggestion, we dry hopped with Lemondrop hops and added lemon peels post-fermentation. The result is a tart, refreshing and extremely lemony beer that became a crowd favorite at both of our taprooms.”

Lemon Pucker pairs well with porch swings, sunny skies, giant pool floats and staycations. This zesty craft creation is now available for a limited time on draft and in 12-oz 6 pack cans in both our Atlanta and Virginia Beach brewery to-go coolers, as well as our favorite retailers around Georgia and the Hampton Roads area in Virginia.

·      Distribution: Throughout Georgia and Hampton Roads area of Virginia

New Realm Brewing Company is an American craft brewery started in 2016 by co-founders Carey Falcone, Bob Powers and Mitch Steele. On a mission to rethink tradition and bend the rules, the team planted their first production facility in a 20,000-square foot space on Atlanta’s east side Beltline trail in December of 2017, featuring a 25hl brewhouse, 3,000 square foot restaurant, rooftop patio and beer garden. A second location opened in Virginia Beach mid-2018 enabling New Realm to increase their ability to innovate and create new beers.  The Virginia Beach location is a 58,000-square foot space providing an additional 40,000 barrels of annual capacity. Like Atlanta, the second location features a large outdoor beer garden, private event space and a tasting room. Brewmaster Mitch Steele received the Russell Scherer Award for Innovation in Brewing in 2014 and co-authored the book IPA: Brewing Techniques, Recipes and the Evolution of India Pale Ale in 2012. In 2018 New Realm Brewing was honored with the “Rising Star” award by Brewbound and in January of 2019 the brewery was awarded “Best New Brewer in Georgia” for 2018 as well as the 11th “Best New Brewer in the World” by Ratebeer.  New Realm Brewing’s core principles are quality, creativity, authenticity, and striving for perfection, all with a customer-centric commitment and approach.