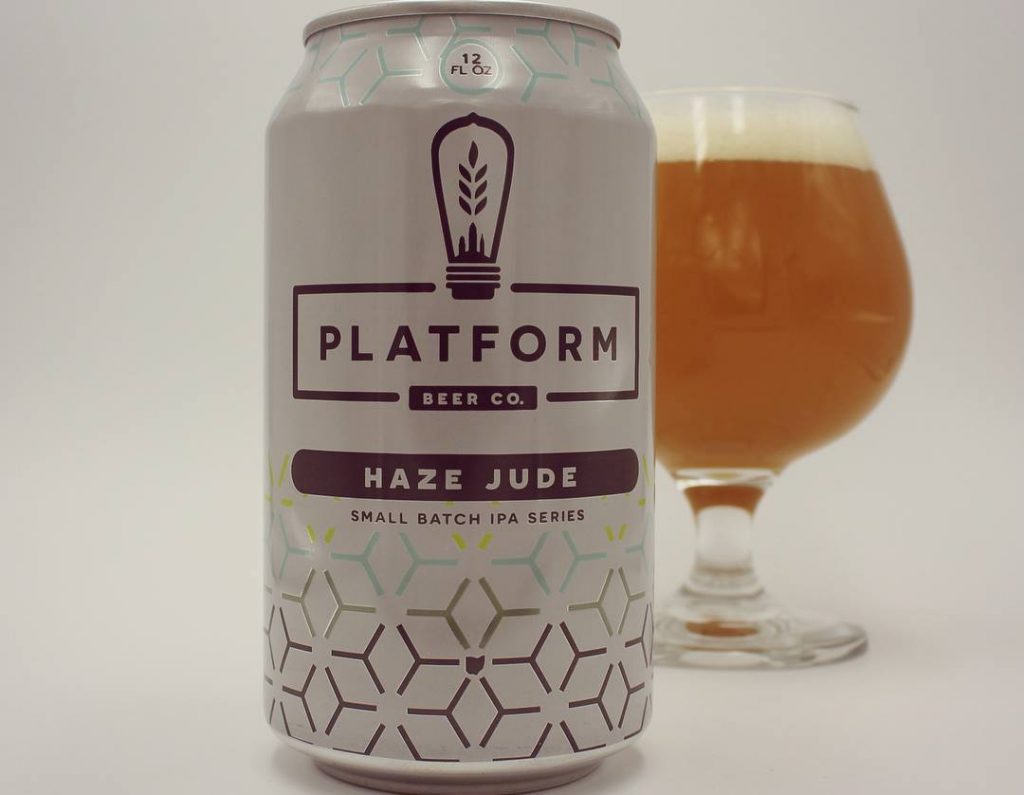 Two big stories hit the news wire this morning. Fast growing craft brewer Platform Beer Co. out of Cleveland, OH announces the sale to mega brewer Anheuser-Busch In-Bev. This comes after a bit of a slowdown in mergers and aquisitions from the beverage giant. One another notable piece of news is that based on the press release below, ABI has rebranded their “The High End” portfolio of acquired craft breweries as “Anheuser-Busch’s Brewers Collective.” Collective is a term that’s been creeping up in the market as a gentler term for strong market presence, and in ABI’s case, they may be the strongest.

(NEW YORK and CLEVELAND)- Platform Beer Co., the fastest growing regional brewery in the United States in 2017, known for their diverse portfolio of unique beers and innovative approach, will join Anheuser-Busch’s Brewers Collective as its newest craft partner. Platform brings data-driven innovation and energy to the craft beer world with operations in Ohio’s three largest metropolitan cities: Cleveland, Cincinnati and Columbus. The partnership will continue Anheuser-Busch’s long track record of working with their craft partners to make the U.S. beer category stronger and more vibrant.

Platform, founded in Cleveland by local entrepreneurs Paul Benner and Justin Carson, began in 2014 as a homebrew-inspired brewery devoted to community outreach and education. Still carrying community values at the core of their business today, Platform is known throughout Ohio for their taproom customer experiences and vast beverage portfolio of award-winning innovative products – creating more than 200 unique beers per year. The brewery’s unparalleled creativity and experimentation has resulted in more than 600 recipes that include a variety of unique seasonals, sours, ciders and fruit ales, barrel-aged beers, and a line of hard seltzer.

“In speaking with the other craft brewery founders in Brewers Collective, we know partnering with Anheuser-Busch means we will have the resources and the autonomy to bring our vision for Platform Beer Co. to life,” said Platform co-founder Paul Benner. “Being able to continue leading the day-to-day operations was an important factor in our decision and we have no doubt that this partnership will benefit our loyal staff and passionate customer base.”

Platform owns and operates four facilities in Ohio: their flagship Cleveland tasting room, a 60 barrel (BBL) Cleveland-based brewhouse, a tasting room in Columbus which doubles as a distribution center and warehouse, and their Cincinnati Tasting Room and coffee shop concept “LOCOBA.” More growth is in store for Platform’s community footprint, including Platform’s first dedicated sour beer brewing facility and on-site tasting room – “Phunkenship” – opening soon in Cleveland, and a 10 BBL brewery and tasting room in Pittsburgh to open in the near future.

“We are excited to invest even more into our local economy through capital improvements and job creation,” added co-founder Justin Carson. “We will be able to provide our staff with resources like robust healthcare benefits including parental leave, 401K and growth opportunities that we currently don’t have and will make Platform an even better place to work and grow.”

“We are thrilled to welcome Paul, Justin and the entire Platform team to Brewers Collective,” said Marcelo “Mika” Michaelis, president, Brewers Collective. “We are inspired by their experiential mindset, and we look forward to supporting their growth plans as they continue to push boundaries through their intrinsic craft values of education, connection and collaboration. It’s this growth that will give beer drinkers access to even more choices in today’s competitive and dynamic beer market.”

Platform Beer Co. is based in Cleveland, Ohio, and was founded in 2014 by local entrepreneurs Paul Benner and Justin Carson. Originally conceived as a homebrew-inspired educational brewery, Platform’s business is rooted in community-centric entrepreneurialism and data-driven innovation. Platform is widely known in its local market for their innovative seasonal offerings, limited taproom releases and seltzers.

Platform has received awards for its beers at the Great American Beer Festival, World Beer Cup, U.S. Open Cider Competition, among others, and was named the fastest growing regional craft brewery in the United States in 2017. Platform operates four facilities in Ohio, including a tasting room and brewhouse in Cleveland, tasting room in Columbus, and tasting room concept in Cincinnati. For more information, visit https://platformbeer.co/.

For more than 165 years, Anheuser-Busch has carried on a legacy of brewing great-tasting, high-quality beers that have satisfied beer drinkers for generations. Today, we own and operate 12 flagship breweries, 12 craft partners, 14 distributorships and 23 agricultural and packaging facilities, and have more than 18,000 employees across the United States. We are home to several of America’s most recognizable beer brands, including Budweiser, Bud Light, Michelob ULTRA and Stella Artois, as well as a number of regional brands that provide beer drinkers with a choice of the best-tasting craft beers in the industry.

From responsible drinking programs and emergency drinking water donations to industry-leading sustainability efforts, we are guided by our unwavering commitment to supporting the communities we call home.

Brewers Collective, a business unit of Anheuser-Busch, is on a mission to energize how people view, consume and experience beer by sharing our joy of brewing. We have an unwavering devotion to our beer, brands, people and communities, and are on a continued pursuit of making the next beer our best one yet. We believe that quality is not an exception, innovation is a standard, and that everyone is welcome within the world of beer. Our craft partners include: 10 Barrel Brewing Co., Blue Point Brewing Company, Breckenridge Brewery, Devils Backbone Brewing Company, Elysian Brewing Company, Four Peaks Brewing Co., Golden Road Brewing, Goose Island Beer Company, Karbach Brewing Co., Veza Sur Brewing Co., Virtue Cider, and Wicked Weed Brewing.