(Seattle,WA) – Pike Brewing announces the release of Auld Acquaintance as well as the upcoming release of Tandem, and a very special batch of Wood Aged Tandem. Read on for all the details. Cheers!

Pike Auld Acquaintance is a dark and toasty amber ale with refined spices brewed to complement holiday foods. This festive and flavorful seasonal beer has subtle spices andaromatic orange notes to please your nose and palate. Pike Auld Acquaintance is lower in alcohol than most winter beers so you can enjoy one or two during those long, Northwest winter nights. Hoppy holidays from Pike Brewing. 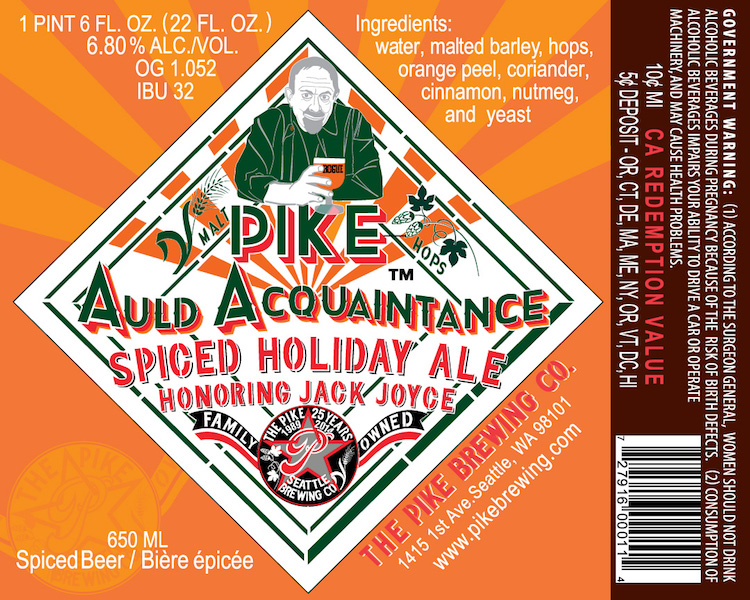 2015’s Pike Auld Acquaintance label honors the venerable beer writer, Michael Jackson. An Englishman, Michael started writing seriously about beer in 1976 and wrote until the time of his death in 2007. He was passionate about introducing people to beers they had yet to try, and many people credit him with rekindling interest in beer via his books, articles and TV show. Michael was also one of Pike Brewing Company’s Founder and Owner, Charles’, close friends. He christened The Pike Pub as “a shrine to beer!”

Pike Auld Acquaintance is available now on draft and in 22 oz dinner bottles. Find Pike Brewing Company beer on tap or in bottles near you. 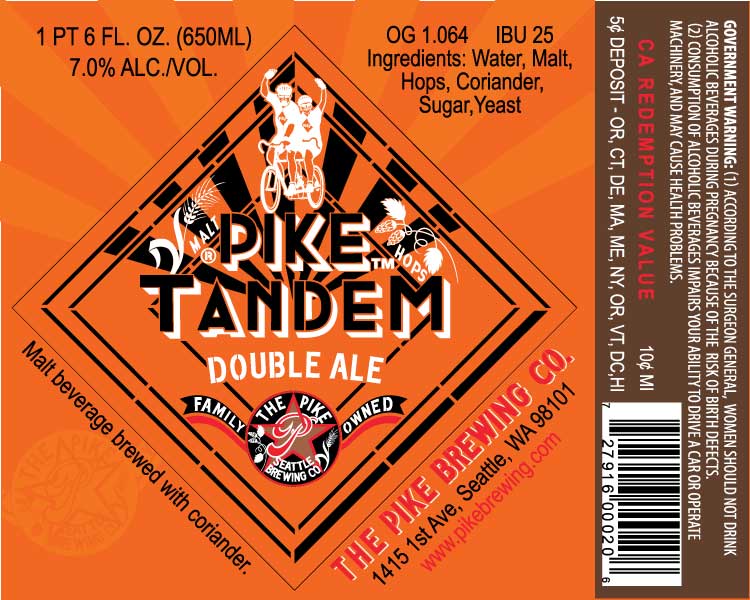 Pike Tandem is a Belgian style double with fervent fans who’ve been clamoring for us to bring this Pike classic back. They long for its rich yet smooth body layered with flavors of freshly baked bread and just the right amount of sweet malt. We brew this classic style with local hops and coriander to keep it complex and inviting. This once-in-a-lifetime batch was then aged in Dry Fly Wheat Whiskey barrels to fully round out the beer.

Pike Wood Aged Tandem will be available later this month on draft at The Pike Pub and select bars, pubs and restaurants that serve Pike Brewing beer.