(Hood River, OR) – Oregon’s pFriem Family Brewers’ first releases of 2018 are dynamic and distinctive: the opening act for a list of over 100 artisan beers that the prolific brewery will release in the coming months. To start out the year, fans will find the following beers (among others) from the Pacific Northwest brewery: 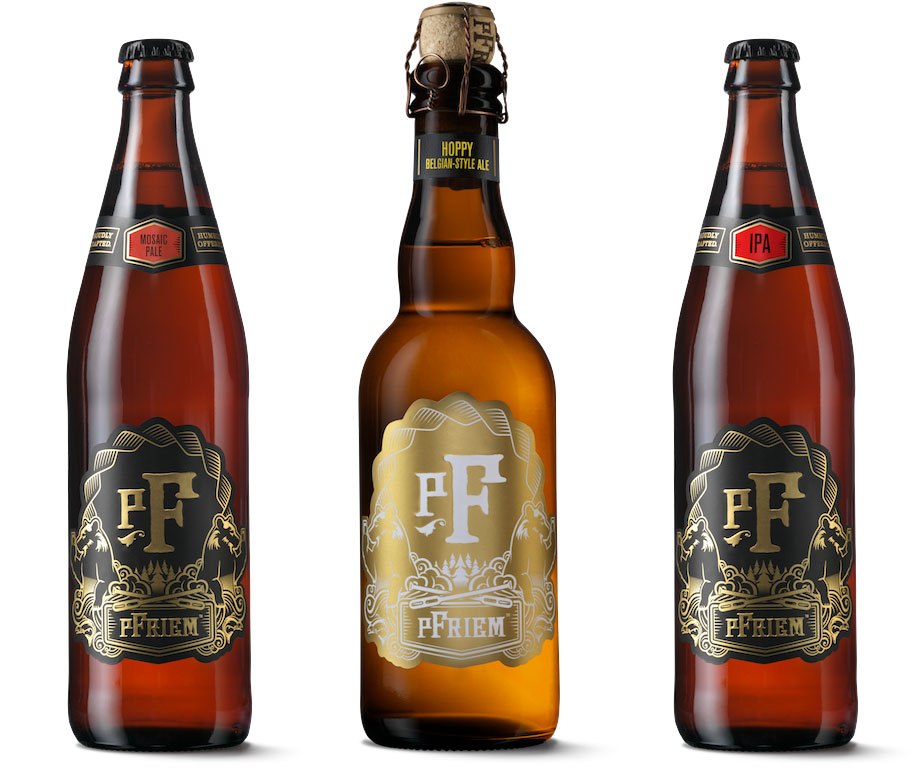 Mosaic Pale: Deep within the arid climate of Washington’s Yakima Valley grows the Mosaic Hop, a newcomer that makes its debut in the pFriem Mosaic Single Hop Pale. This seasonal strong ale glows with an amber hue. Wafts of mango and citrus tease the senses just long enough before its assertive taste takes over with hits of lemon, pine and a slight tinge of blueberry. Make no mistake; this ale has a bright and tasty future.

Hoppy Belgian Ale: pFriem’s Hoppy Belgian Ale is a light, dynamic brew, with notes of papaya, strawberry, mint and wildflower honey. Creamy with a soft round finish, this seasonal Belgian looks like spun gold. And tastes like it, too.

IPA: When the first Pale Ales were sailed around the Cape to arrive in India in the early 18th century, outcries of “Zounds! Jolly good! and Huzzah!” were heard across the East Indian subcontinent. Similar exclamations are to be expected when sniffing the piney aroma and tasting the big hops, huge citrus and candy-like malt of pFriem’s own IPA. Drink up, Guv’nor.

About pFriem Family Brewers
pFriem Family Brewers (pronounced “freem”) is a Northwest and Belgian inspired 15-barrel brewery and tasting room in Hood River, OR. Founded in 2012 by Josh pFriem, Ken Whiteman and Rudy Kellner, pFriem has experienced incredible growth in its short five years and has earned prestigious awards, including multiple medals in national and international brewing competitions. Best known for artisanal beers influenced by the great brewers of Belgium while staying true to homegrown roots in the Pacific Northwest, pFriem craft brews are unmistakably unique in both flavor and balance. Visit pFriem online at www.pfriembeer.com, or onsite daily at 707 Portway Ave., Suite 101, Hood River, OR 97031.