(Burlington, ON) – Nickel Brook Brewing Co. (“Nickel Brook”) announced today that Beer C, the New England IPA, was the winner of the Mystery Pack vote and will be released widely through retail and licensee channels this Spring as Wicked Awesome IPA. The beer was the most popular selection of the four beers included in the brewery’s Mystery Pack, winning 34.2% of the final vote. Wicked Awesome will be available in Ontario through the LCBO, the brewery Bottle Shop and Online Store, and at licensees across the province. 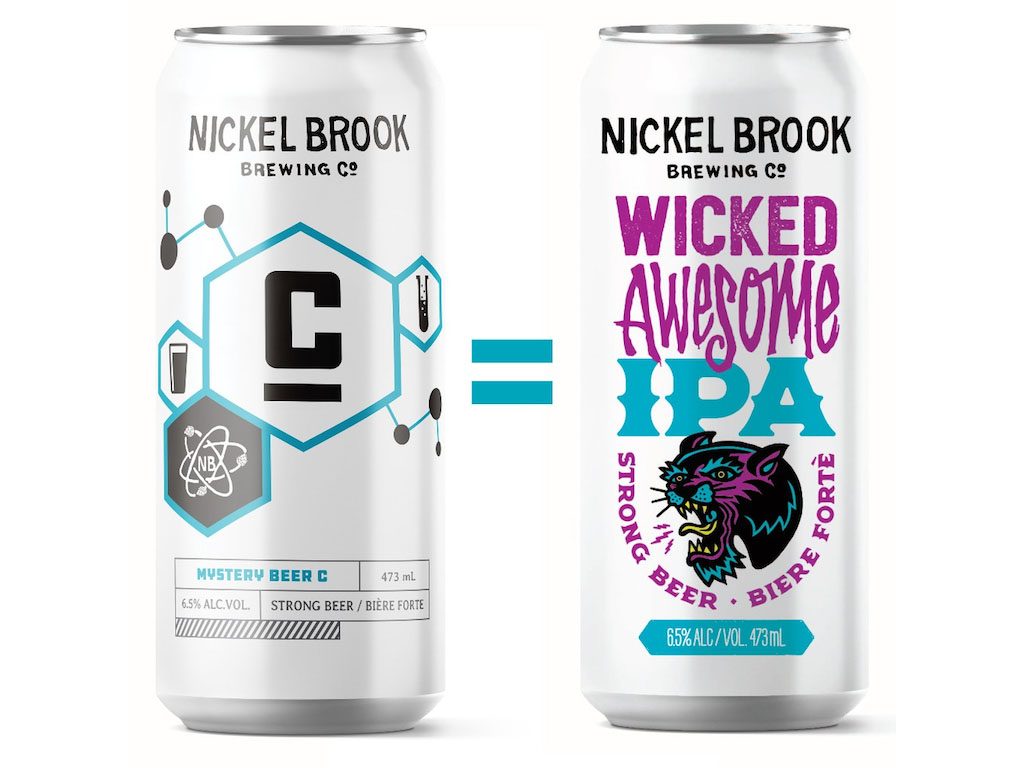 “We were thrilled with the response to the Mystery Pack,” said Matthew Gibson, marketing manager for Nickel Brook. “We had over 2,200 people vote for their favourite and saw a huge increase in online engagement through multiple social media channels. We’re looking forward to bringing this beer to market with so much excitement already behind it.”

Wicked Awesome IPA is a New England-style IPA, brewed with Citra, Mosaic and Simcoe hops and a Vermont ale yeast. Clocking in at 6.5%ABV and 64 IBU, the beer is hazy and juicy with big orange and tangerine aromas, dank tropical flavours and a smooth, full-bodied finish. The beer is set for wide release in Spring 2018, with further release details to be announced through Nickel Brook’s social media channels.

About Nickel Brook Brewing Co.
Nickel Brook Brewing Co. was founded by John and Peter Romano in Burlington, Ontario in 2005, and in 2015 converted their original brewery into a dedicated sour and funk beer facility. They are committed to using only the finest natural ingredients from around the world, and brew them in small batches for the highest standard of quality. Nickel Brook continues to be an award-winning Ontario craft brewery that constantly strives to push the boundaries of brewing culture.
864 Drury Ln, Burlington, Ontario
www.nickelbrook.com/ @NickelBrookBeer