(Comstock Park, MI) –  Pineapple Upside Down IPA, the newest release in Perrin Brewing Company’s Side Hustle Series, will appear at the Perrin Pub August 1 on draft and in 6-packs of 12 oz. cans, followed by distribution throughout the state of Michigan. 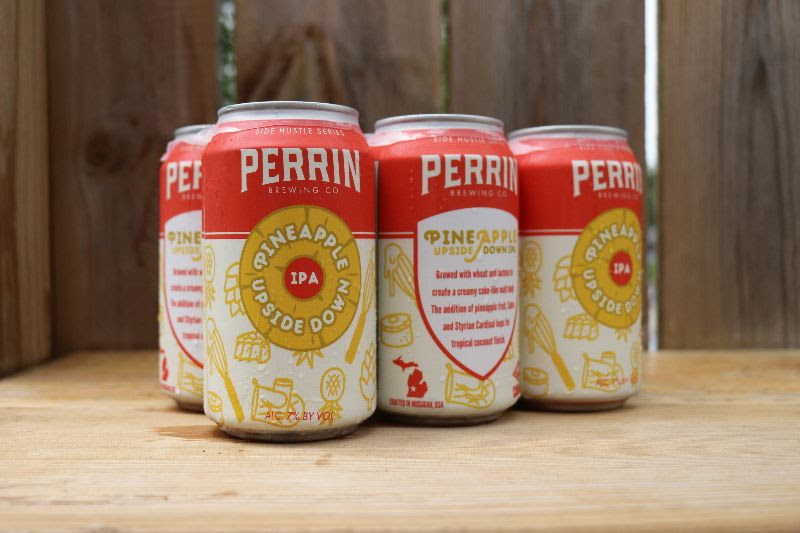 Taking inspiration from the classic dessert, Perrin has flipped the script with this new IPA, incorporating wheat and lactose for a decadent and creamy cake-like mouthfeel, balanced with Sabro and Styrian Cardinal hops, which lend notes of tropical fruit and coconut. The limited release brew was soaked in the flavor equivalent of 500 pineapples to provide the sweet-and-tart citrus punch promised by the name.

Pineapple Upside Down IPA follows the release of Kveik’n It Real Nordic IPA  in the Side Hustle Series. Kveik’n It Real (7% ABV) is a Norweigian Style IPA brewed with Norwegian farmhouse yeast, Honindal Kveik, which produces tropical fruit aromas.

Pop the top on a Pineapple Upside Down IPA and drink your dessert with us starting August 1. Stay updated with Side Hustle Series release details on the Facebook page here and direct questions to Lindsey VanDenBoom at [email protected]