(Comstock Park, MI) – Perrin Brewing Company is the official beer sponsor of the Amway River Bank Run for the third year in a row. The largest 25K in the country, the Amway River Bank Run takes place May 11 in downtown Grand Rapids. Visitors, racers and spectators can find locally crafted Perrin Brewing beers at the Sports Expo on May 10 and at the Finish Fest celebration on race day. 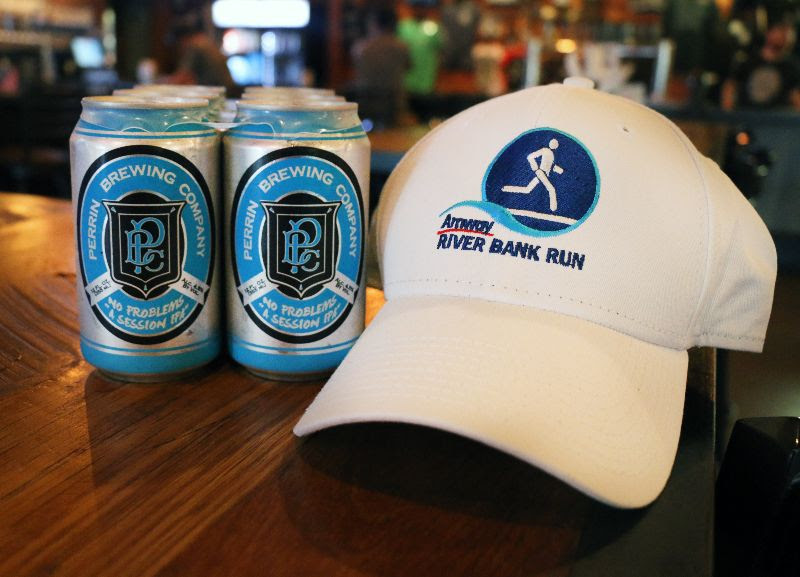 “Perrin’s involvement with the Amway River Bank run is about more than running – it’s about bringing the community together through an active and social event,” stated Lindsey VanDenBoom, Director of Digital Marketing & Media at Perrin Brewing. “Whether you’re a seasoned runner or it’s your first time lacing up your shoes, there is a race everyone can participate in. A well-deserved cold Perrin beer is waiting for runners at Finish Fest, so let that be the motivation to finish strong!”

May 10: The Sports & Fitness Expo will run from 11am to 8pm inside the DeVos Place. Open to the public, the Expo will present health and wellness vendors as well as the Perrin Brewing Beer Garden, where visitors can sip on Grapefruit IPA, No Problems Session IPA and Clear Coast Fresh Hard Seltzer; and participate in games and giveaways.

May 11: More than 16,000 people are expected to participate in the Amway River Bank Run beginning at 7:30am. Participants over the age of 21 can exchange a ticket on their race bibs for one free Perrin Brewing beer at the finish line. Runners, walkers, spectators and members of the public can then enjoy Finish Fest at Calder Plaza to celebrate, mingle and view the race on the Jumbotron.

“Grand Rapids is Beer City USA and runners love beer, so we are honored to offer our community of runners and supporters Perrin Brewing Beers again this year,”  said Russ Hines, CEO of Riverbank Events and Media. “Perrin continues to be a fantastic partner of the Amway River Bank Run and we are thrilled to showcase their beer during our training runs and on race day. Join us on Saturday, May 11th, for the largest single-day sporting event in West Michigan. Even if you don’t run, come down to Calder Plaza and help us celebrate with a beer.”