Oskar Blues Will Distribute In Kansas Via Kansas Craft Alliance 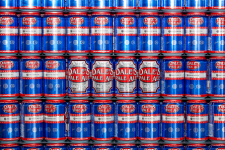 Longmont, CO & Brevard, NC – Oskar Blues Brewery, creator of the first American craft beer in a CAN, will launch in Kansas with the Kansas Craft Alliance, a partnership of 12 family-owned distributors covering the entire state. Oskar Blues beer will be in the market beginning March 10.

“Having Oskar Blues part of the KCA family is a great honor, and we are thrilled to represent such a respected brewery,” says Jerrod Nelsen, KCA Brand Development Manager.

Oskar Blues is bringing all of its award-winning beers in cans to bars, restaurants, and stores throughout the state. An OB market blitz attended by a team of Oskar Blues reps will be held the week of March 24 with multiple launch events and parties at select retail accounts across the state.

“Our neighboring state of Kansas is a place that we’ve been wanting to get our beer to for quite some time. We feel that CAN-sas is a great place for our beer, and we think that it will be a great fit for Oskar Blues’ passion for the outdoors, music, craft beer and our line-up of complex craft beer in a can,” says Chris Russell, Oskar Blues’ director of business development.

A full draft launch will follow in mid to late April with all of Oskar Blues core brands and some amazing specialty brews available on tap.

Mama’s Little Yella Pils: This Bohemian Style Pilsner is a refreshing balance of Saaz hops and specialty German malts while providing a gentle flavor (5.3% ABV, 35 IBUs). Like summer in your mouth.

The Oskar Blues family of businesses also include REEB hand-made bicycle company, Hops and Heifers Farm, and three restaurants in Colorado that offer a true farm-to-table experience and a variety of craft beers.

Founded as a brewpub by Dale Katechis in 1997, Oskar Blues Brewery launched the craft beer-in-a-can apocalypse in 2002 using a tabletop machine that sealed one can at a time. In 2008, the makers of the top-selling pale ale in ColoRADo, Dale’s Pale Ale, moved into a 35,000-square-foot facility in Longmont, ColoRADo. The brewery has since experienced explosive growth—packaging 59,000 barrels of beer in 2011 and 86,750 barrels in 2012. In December of 2012, Oskar Blues opened the doors to an additional brewery in Brevard, North Carolina. Together, the breweries packaged 119,000 barrels of beer in 2013, distributing its trailblazing craft brews to 31 U.S. states and Washington, D.C.

About the Kansas Craft Alliance:

The KCA was formed in 2009 through an established distributor partnership that maximizes brand exposure with unmatched support throughout the state of Kansas. Commitment to craft growth and consumer education ensures outstanding results and strong relationships with customers and supplier partners.