(Longmont, CO) –  Oskar Blues Brewery announces the release of One-y 100 Calorie Hazy IPA, a hoppy new addition to the brewery’s year-round lineup, to be distributed on draft and in 6-packs and 12-packs of 12 oz. cans nationwide starting mid-September. 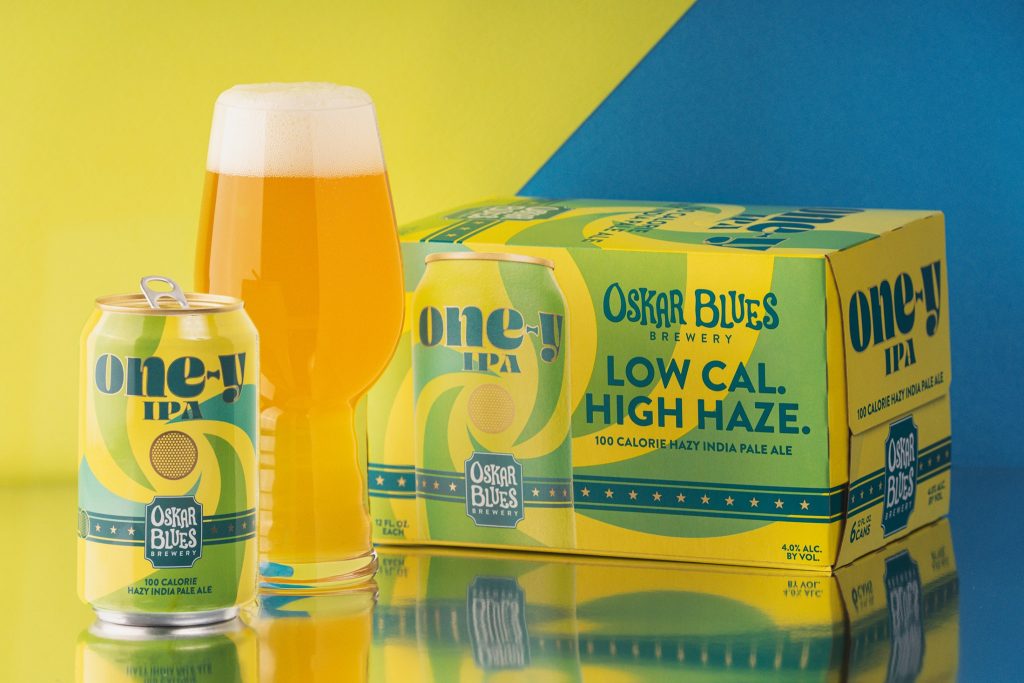 The creators of the recently introduced Can-O-Bliss IPA Series and Steep Coast Mountain Double IPA Series, as well as craft beer classics like Deviant Dale’s and Gubna, are no strangers to brewing big, flavorful IPAs. However, cultivating huge, hazy, hoppy flavor without the calorie count of a typical IPA presented a new challenge for the Oskar Blues team.

So how do they make a full flavor IPA while keeping calories low? Head Brewer at Oskar Blues Pilot Brewery in Lyons, Juice Drapeau, explained that it requires piles of hops. “We put a ton of hops into the beer, which provide aromatic, flavorful oils and contribute to the mouthfeel,” he said. One-y is dry-hopped with El Dorado®, Comet® and Citra® hops, and Mosaic® and French Aramis® appear in the whirlpool.

Drapeau described the results: “The aroma hits you first. There are notes of citrus, honeysuckle, peach and mango. The beer is fruity with a hop haze and a nice biscuit flavor to the malt. The use of pale ale malt and wheat, along with the hefty dry hop load, creates a medium body. It’s easy to drink – pairs well with breakfast, lunch, or dinner.”