(Longmont, CO) – Oskar Blues Brewery is introducing a fresh new line-up of rotating IPAs with the Can-O-Bliss IPA Series. Can-O-Bliss Tropical IPA has now launched in 12oz cans, to be celebrated with kick-off parties in Oskar Blues Brewery taprooms on January 26. Can-O-Bliss Hazy IPA and Citrus IPA will follow throughout the year. Each IPA in the series showcases an all-star cast of hops including innovative combinations of new and experimental hop varietals from around the world. All Can-O-Bliss IPA Series beers will be distributed nationally on draft and in 6-pack and 12-pack cans following their respective releases, plus it will appear in the CANundrum mix 15-pack. 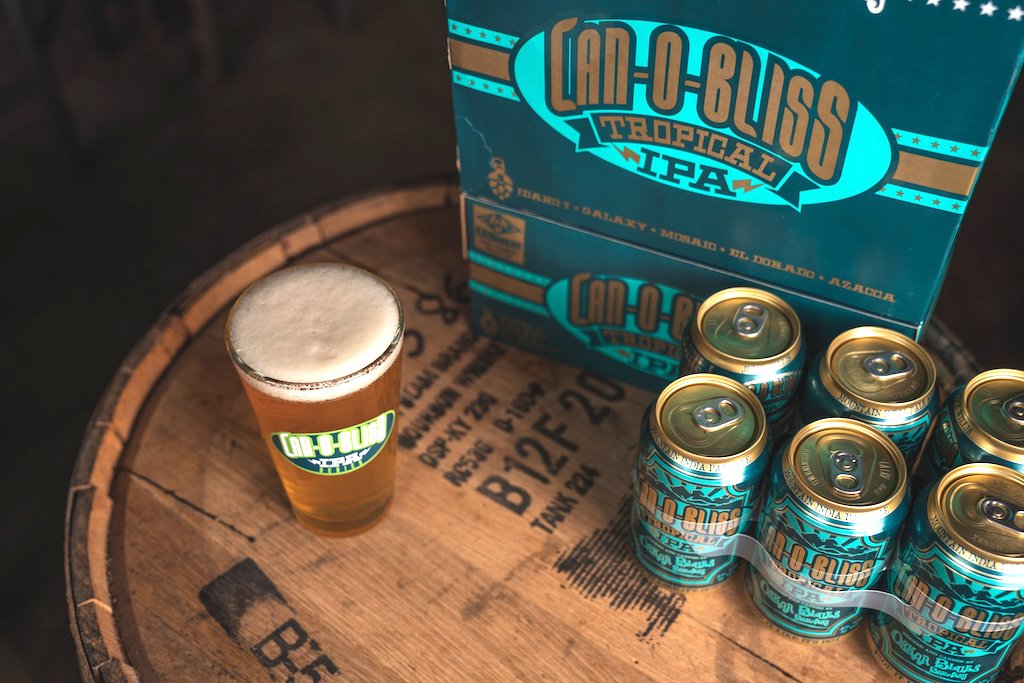 “The Can-O-Bliss Series is a way for us to celebrate hops all year long,” said Oskar Blues Head of Brewing Operations Tim Matthews. “We’re bringing unprecedented combinations of hops to the table to create three unique IPA experiences with very different flavor profiles. IPA lovers will want to follow along with the series to see what happens next.”

The brewery recently added new centrifuge equipment, to whisk away solids including yeast and hop material, while retaining hop oil in the beer. The investment allows brewers at all three locations (Longmont, CO, Brevard, NC and Austin, TX) to maximize hop flavor in the Can-O-Bliss IPAs.

On deck is Can-O-Bliss Hazy IPA, a hazed-out and hopped-up IPA packed with flavors of stone fruit, melon and peach. Just like Oskar Blues, this beer is unfiltered, uncommon and unrestrained.

Oskar Blues will round out the 2019 series by introducing Can-O-Bliss Citrus IPA, an intensely citrus-y and aromatic brew that will put zest to the test.

The Can-O-Bliss IPA Series will offer beer drinkers a variety of innovative IPA flavors throughout the year. On January 26, Oskar Blues taproom locations in Boulder, CO, Longmont, CO, Brevard, NC and Austin, TX, will host launch parties for Can-O-Bliss Tropical IPA. Click here for individual taproom party details, or check out the beerfinder to find a Can-O-Bliss near you, available in 6-Packs ($8.99-$9.99 MSRP), 12-Packs ($16.99-$17.99), draft and in the Oskar Blues CANundrum Mixed 15-pack ($16.99-$17.99).