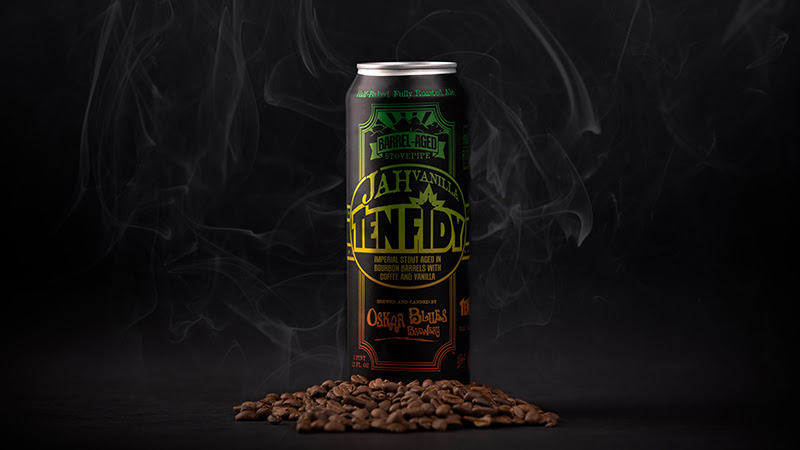 For the first time ever, JAHvanilla was made using a blend of bourbon barrel-aged Ten FIDY AND double bourbon-barrel aged Ten FIDY. The burly blend got rolled up in a barrel with Hotbox Roasters’ cold brew coffee and Madagascar vanilla beans, then aged to rich, espresso-flavored perfection at 14.3% ABV.

“The blending of double-barrel aged FIDY and barrel-aged FIDY this year is pretty special,” said Oskar Blues Brewery’s Head of Brewing Operations, Tim Matthews. “It adds to the complexity and depth of JAHvanilla. Then we hit it with premium vanilla and cold brew and the beer hulks out with flavor.”

Blue Mountain Jamaican coffee beans were used in the super concentrated cold brew – a premium coffee cultivated on the hillsides of the highest mountains in the Caribbean. The chocolate and fruit undertones of Blue Mountain Jamaican coffee take the flavors of barrel-aged Ten FIDY to new heights – in fact, it’s our second favorite agricultural product out of Jamaica. We added an intense 2 pounds of coffee to 1 bbl of beer ratio to amp up the beer’s espresso tones.

JAHvanilla Barrel-Aged Ten FIDY Imperial Stout is a taproom-only release, so don’t wait – get your hands on it on 4/20. See individual taproom release details here.