(ARVADA, CO) – Odyssey Beerwerks has named Jeff Griffith as Director of Brewery Operations. Griffith comes to Odyssey with over 13 years of professional brewing experience, most recently as head brewer of FATE Brewing in Boulder. 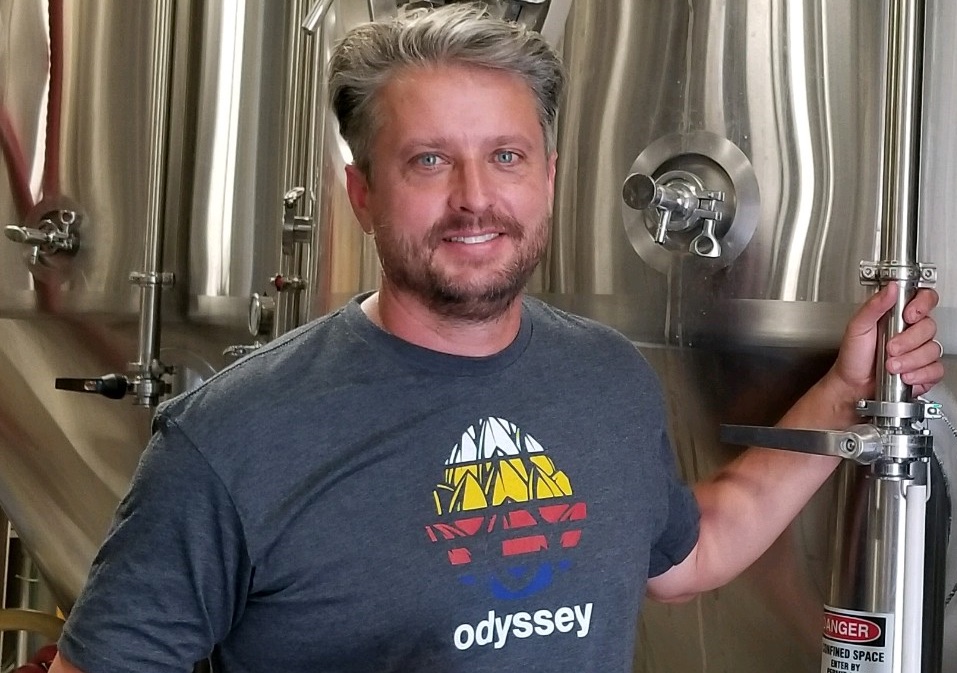 During his tenure at FATE, Griffith helped open the 10 barrel brewpub in 2013 and developed the beer portfolio into what it is today. Awards for Griffith’s beers include GABF Gold in 2014 in the German-Style Kölsch category and numerous state and North American medals.

Griffith began his professional brewing career at Golden City Brewing in 2005 after homebrewing for over 10 years. His use of unique ingredients and techniques produces innovative yet easily drinkable beers.

“We look forward to all of the fun and creative beers that Jeff is going to brew, as well as applying his experience and expertise to refining our core line-up and beer production schedule,” says Chris Hill, owner of Odyssey Beerwerks.

Start a beer journey at Odyssey Beerwerks in Arvada, Colorado, where we’ve been brewing a wide variety of award-winning craft beers for locals and wanderers alike since 2013. Visit the taproom and enjoy fun and frequent events, live music, food trucks, and more. Find our beers on draft and in cans in liquor stores, bars, and restaurants across Colorado’s Front Range. Follow us online to keep up with our latest news and events: odysseybeerwerks.com, Facebook, and Instagram.