(PORTLAND, OR) – Cascade Brewing has announced a number of upcoming releases, beginning with Rose City Sour 2017 on Friday, Sept. 7. 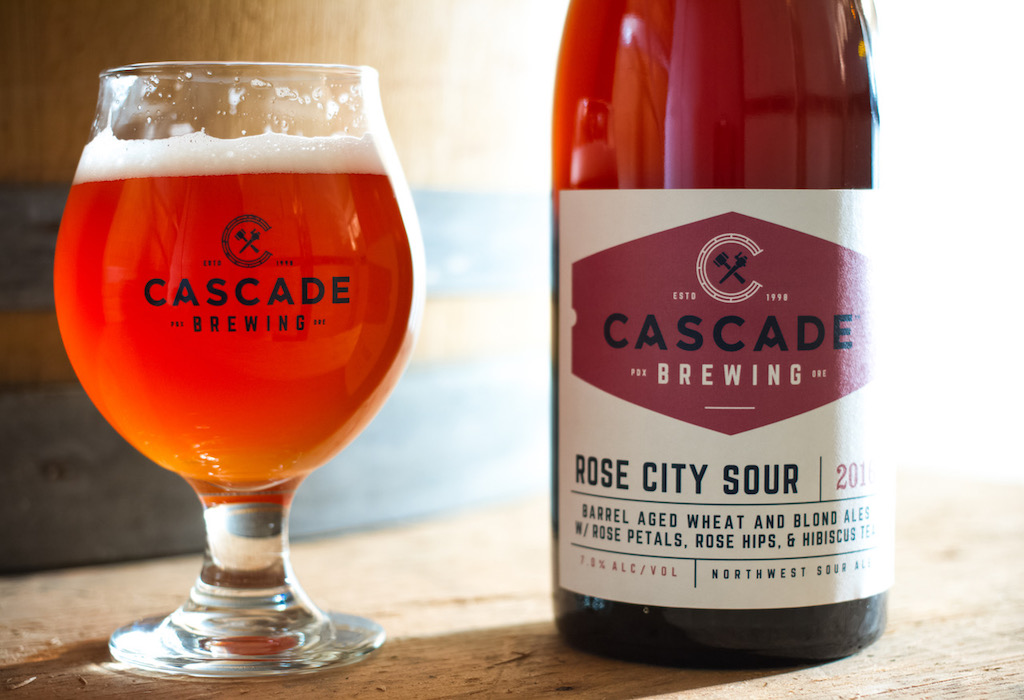 Celebrating Portland’s reputation as the City of Roses, Rose City Sour 2017 is a blend of wheat and blond ales aged in oak wine barrels for up to 14 months with rose petals, rose hips and hibiscus flowers. Rose City Sour captures the delicate floral aromas of fresh roses matched with notes of dried cranberries, pomegranates and a hint of white pepper. This quenchable barrel aged sour beer comes in at eight percent ABV. A Tier One offering, Rose City Sour will be available in 500ml bottles and on draft through Cascade’s worldwide distribution network and at its two Portland-area pubs.

On Friday, Sept. 14, Fruitopian Noyaux will be made available for distribution. A limited, draft-only project. Fruitopian Noyaux is a blend of sour triple and wheat ales aged for up to two years in oak wine and bourbon barrels with tangerine peel, blackcap raspberries and apricot noyaux. This limited, draft-only project offers complex citrus and berry fruit notes with hints of bourbon and toasted almond, creating a utopia of flavors in every glass.

Finally, the brewery has announced news that its fans have been waiting years to hear. Cascade Brewing is bottling its award-winning Bourbonic Plague for the first time in more than seven years to celebrate its 20th anniversary later this year. Each bottle will be hand numbered and a very limited supply is being produced. Look for it in late 2018; it will only be available at the Lodge at Cascade Brewing and at the Cascade Barrel House in Portland.

About Cascade Brewing
Cascade Brewing has been a pioneer in the sour beer renaissance since 2006 and the proud innovator of the Northwest Sour Ale. Its distinctive sour beer blends feature fruit forward, barrel-aged ales with an emphasis on project year-to-year variation. These beers offer a complex array of flavors derived from the acid, the fruit and the residual flavors present in the barrels in which they age. The resulting beers offer a complex array of flavors and aromas derived from with each project year, capturing the unique subtleties of that year’s growing season. Cascade Brewing’s sour ales are brewed and blended in Portland, Oregon. For more information, visit CascadeBrewing.com and join the brewery on social media @CascadeBrewing, #CascadeBrewing and #HouseofSour. Cheers to the sours; enjoy in a profoundly wise manner.