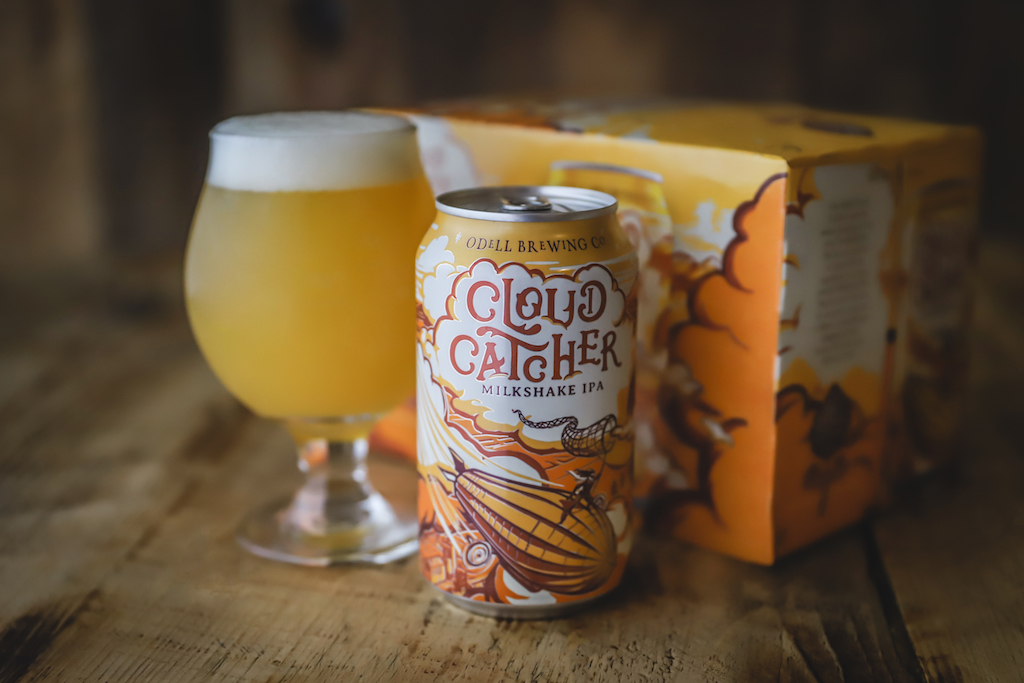 The Milkshake IPA is an emerging sub-style of the New England IPA. Cloud Catcher’s unique profile features bright hop aromas, low bitterness, and a creamy mouthfeel. The Milkshake IPA has everything craft beer fans crave about a New England IPA – hazy appearance, subtle bitterness, and juicy hop aromas. The style brings a new twist with the addition of milk sugars (lactose) which
gives the beer a full-bodied and velvety mouthfeel.

In characteristic Odell fashion, the brewery conducted dozens of test batches on their pilot systems in both Fort Collins and the new RiNo Brewhouse in Denver, sharing experimental releases with fans over the last few months.

“We were flying through kegs of this pilot Milkshake IPA. It was only a matter of time before it moved off the pilot system and into the big brewhouse,” explains Technical Director, Eli Kolodny. “To be honest, this is a difficult style to scale up. That’s why it works well in smaller taproom systems. But after a lot of R&D, long nights, and a couple of stuck mashes, we cracked the code.”

Unlike many Milkshake IPAs in the market, Odell Brewing opted not to use any additives or fruit purees, and instead relied on the complexity of the hop flavors to create the beer’s unique profile. Galaxy, Cashmere, Azzaca, and Citra are double dry-hopped to give Cloud Catcher it’s juicy aromas of fresh squeezed citrus, creamsicle, and stone fruit.

Cloud Catcher’s pack design depicts a daring woman flying a Zepplin through sunset skies while wrangling clouds with a giant net. The can is colored with warm orange and yellow tones that mirror the striking color of the hazy beer inside.

“Cloud Catcher’s velvety mouthfeel is what sets this beer apart. It’s like pillowy beer clouds in your mouth,” explains Director of Marketing, Alex Kayne. “ So of course we latched onto that idea and had a lot of fun creating this fabled character who risks it all to bring the beer to life.”

About Odell Brewing – Odell Brewing is a regional, independent, and employee owned craft brewery. Since 1989, the culture of family and collaboration has thrived, fostering a brewery full of beer-centric people. It is this passion for beer that inspires Odell Brewing to create quality, hand-crafted and innovative brews. Odell Brewing is committed to providing exceptional service to its customers while making positive contributions to their co-workers and community through its outreach and
charitable giving programs. Odell Brewing was named the “Best Medium Sized Company to Work For” in Colorado in 2015 and is the 22 nd largest craft brewery in the United States.