(SONOMA COUNTY, CA) –  Bear Republic Brewing Co. launches Thru the Haze India Pale Ale, a hazy IPA built in the style of Bear Republic ales without hop centric bitterness. Crafted from a half decade of research, Thru the Haze retains the aromatics of Vic Secret, Citra and Hallertau Blanc hops in a balanced flavor profile. Popularized on the East Coast, this IPA style has been lovingly brought to life in the newest Bear Republic recipe. 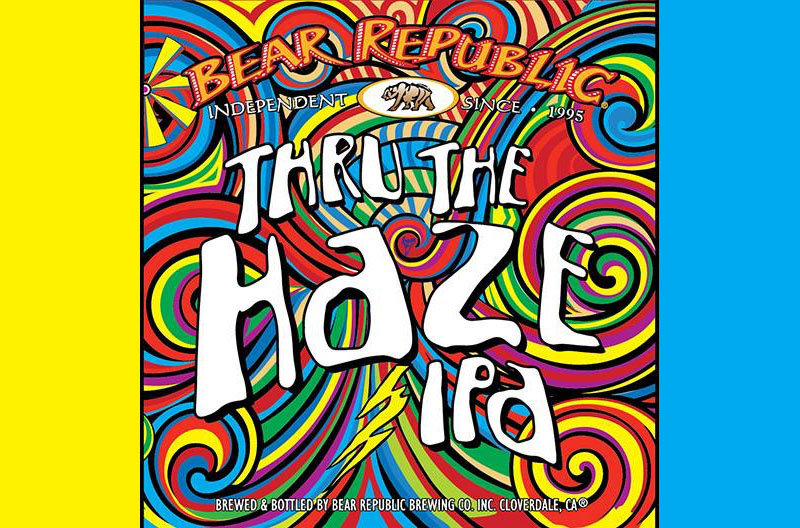 “Overall it’s more juicy, less bitter and bracing,” declared Bear Republic Brewing Co. Master Brewer Peter Kruger. “There’s a tangerine and strong melon character to it with a hint of concord grape. Compared to traditional American IPAs, Thru the Haze is more approachable with a wider range of flavor compared to west coast style ales. For this beer, we’ve added hops later in the brewing process, giving you the aroma of hops along with a fuller mouth feel.”

Traditional west coast style IPAs like Bear Republic’s own flagship Racer 5complements spicier dishes while Thru the Haze pairs well with traditional pub meals. For those looking for a smoother rounder beer, or those who prefer a less bitter ale along with aromatic qualities of an IPA, Thru the Haze is your ticket into a juicy, full flavored beverage.

“We’ve definitely accomplished what we’ve set out to do,” Kruger concluded.

Founded by the Norgrove family nearly a quarter of a century ago, Bear Republic Brewing Company is one of the largest independent craft brewers in the United States. With a constantly growing portfolio of craft ales, Bear Republic maintains a reputation for creating undeniably tasty beverages featuring rich flavor profiles to complement your rebellious lifestyle.

Visit www.bearrepublic.com/bear-tracker to find out how close you are to Bear Republic brews.