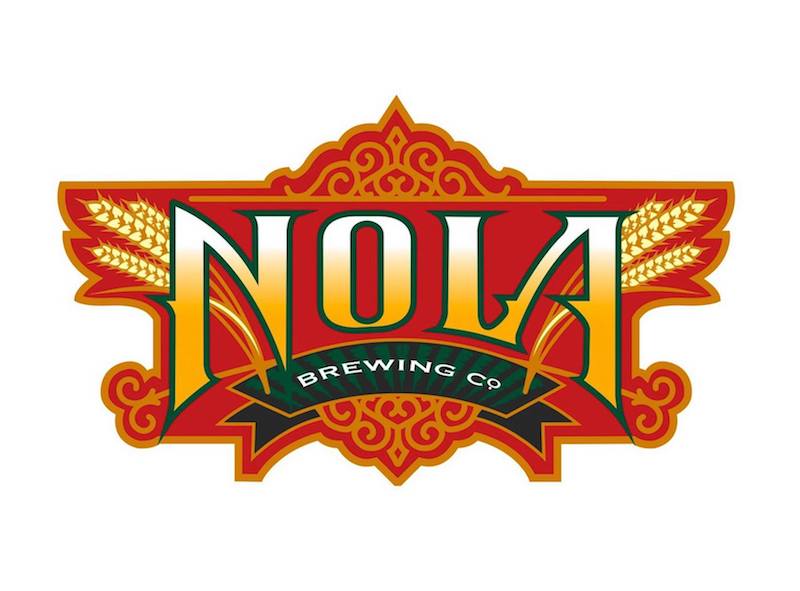 In 2016, NOLA Brewing expanded to Nashville, Tennessee, growing their territory to five states. They made new friendships with four collaboration brews with Left Hand Brewing, Oskar Blues Brewery, Fairhope Brewing, and Southern Prohibition Brewing. In addition to the collaboration brews, they also premiered four new beers including “Arabella”, “Dry-Hopped Lowerline”, “Tart of Steel”, and “Hog Tied,” as well as launched two new products, the JAM BOX and Crowlers in the NOLA Brewing Tap Room. To round out the year, they were able to pull a win at the World Beer Cup with Sauvage and won Best Brewery and Best Tap Room in Louisiana in the Rate Beer Awards.

“We had a great 2016, but this new year is going to be phenomenal for the NOLA krewe” says Kirk Coco, CEO of NOLA Brewing. He continues, “We will have new equipment which will help bring more beer than ever into the market as well as seven collaborations, new Funk Series brews, more festival sponsorships, more territory expansions and most importantly, new brews! NOLA Brewing’s eighth year is going to be a big one with a lot of positive changes that we are excited to take on.”

NOLA Brewing is working on new “Funk Series” barrels that will launch in 2017. These new wild yeast beers will include the 8th Anniversary Ale, “The Ocho,” as well as two new Funk Series market launches, “Dryades” and “Desire.” Along with the two new funks, “The Petit Lot” will be launched in the Tap Room as small batch 500 ml bottles of specialty Funk Series brews, including a popular sour from the past, “Out Tequil-Ya.”

One of the biggest changes for NOLA’s clean beers is the purchase of an in-house can labeler. “This labeler will allow all of our seasonal and Lagniappe beers to be available in the market in cans, which is a first in NOLA’s history,” says Coco. Tentatively, NOLA hopes to be canning their first seasonals in March and will launch two Lagniappes, “ISPA” (a sweet potato based IPA) and the ever popular “Girl Stout” later in the year.

New beers that will be launched (in draft and cans) will be a brand new IPA. “Hopitoulas” fans need not to worry; NOLA’s second best selling beer will still be available. The new yet-to-be-named IPA will be a juicy New England style IPA for those who are looking for a more grown up version of the popular style.

NOLA’s favorite lizard branded brew is transitioning yet again this year with an upgrade as well. “Mecha,” also formerly known as “Mecha Hopzilla,” will be retired and a new Douple IPA, “Hoppyright Infringement,” will be taking over. “We have had a great run with our original Double IPA, but it’s time to continue its ever-changing nature with a fun, new version that we are confident our fans will love,” says Coco.

Continuing on with new beers are seven collaboration beers that will launch in 2017. “With the many friends we have made over the years, we couldn’t turn down these special opportunities to work together to create something unique with some of the best breweries in the world,” says Coco. “We are going to be very busy, but there is no denying we will be learning and having a lot of fun!” Breweries NOLA Brewing has committed to collaborating with for new brews will include J. Wakefield Brewing, The Bruery, Modern Times Beer, High Wire Brewing, Gallway Bay Brewery (located in Ireland) and 7venth Sun Brewery.

While focusing on brewing these many new beers, NOLA is also looking west for the first time. Within the first few months of 2017, NOLA Brewing is hoping to launch in Houston, Texas. “While our goal is never to become a national brand, we want NOLA Brewing to be available in areas of the country where people already have a personal connection with New Orleans,” says Coco. “We have been receiving requests to move into Texas for years now and we believe it is finally time for us go.”

With more products, wild beers, clean beers, collaborations, and expansions that ever before, NOLA Brewing is ready to move forward and celebrate eight years in New Orleans with unprecedented growth.