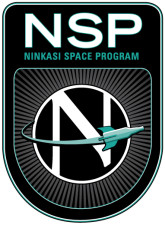 Eugene, OR – In July Ninkasi Brewing launched the Ninkasi Space Program (NSP), where we sent 16 strains of brewer’s yeast high into the atmosphere with the hope that the yeast would return safely to Earth and we’d brew a very special batch of space beer with it.

On July 14th, our yeast launched into space aboard an amateur rocket, achieving the highest altitude for any amateur rocket, ever and capturing the first images from an amateur rocket in space. Due to numerous tracking devices shutting down, planes and helicopters were called in to retrieve the payload. It wasn’t until 27 days later that the payload was retrieved in the Black Rock Desert.

In the end, our yeast proved not viable for brewing, but our mission doesn’t stop there! Check out this documentary of the Mission One launch and our announcement of Mission Two!

Stay up to date as we release more information about Mission Two, here: nsp.ninkasibrewing.com.