(EVERETT, MA) – This April, Night Shift Brewing (“NSB”) will ask beer drinkers to rethink their expectations of light beer. With Nite Lite, a craft light lager returning as a year-round offering, NSB is hoping to set a new standard within the light beer category. 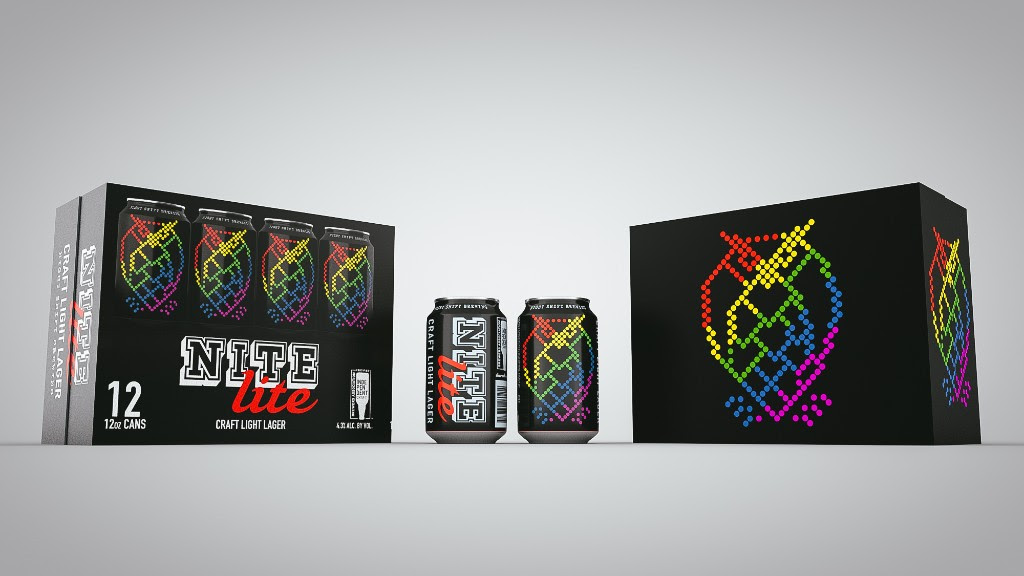 “As we looked at opportunities in the market, we realized that our next big thing wasn’t in the typical craft brewery sandbox – it was in light beer,” says NSB Co-Founder, Rob Burns. “If you look at existing light beer options, it becomes clear that there’s a lot of overlap: bland flavors, redundant branding, macro-brewery after macro-brewery. We think customers deserve better than this sea of sameness.”

Per IRI data, nearly 100% of the light beer market in MA is owned by macro-breweries. According to Burns, this limits consumer options. “If you want to buy independent, high-quality, super drinkable craft beer, your best bet isn’t the light beer cooler right now. That’s a problem we’d like to solve.”

According to Burns, the opportunity to compete in a space primarily owned by the biggest breweries in the world, instead of their craft brewery neighbors, is a worthy endeavor. Their hope is that Nite Lite will raise the standard for light beer consumers.

With Nite Lite, NSB plans to offer the consumer something new, different, and better. “Our team is passionate about the recipe we’ve developed,” notes Burns, “We’re confident that Nite Lite, a true craft light lager, will stand out.”

The beer’s recipe aims to deliver a full-flavored, easy-drinking beer experience. At 4.3% ABV and 120 calories per serving, Nite Lite fits the bill of a typical light beer on paper. But unlike most light beers, Nite Lite has a high malt-to-corn ratio, is unfiltered, unpasteurized, all natural, and excludes any preservatives or additives. Says Burns, “Consumers no longer have to choose between craft beer and light beer. Nite Lite is both.”

Nite Lite will be available in a debut format of 12oz 12-packs as well as Night Shift’s standard 16oz 4-packs. According to Kim Currier, Marketing Director at NSB: “These two formats give us a wider reach. We think this will be a true occasion beer – beaches, parties, barbecues – and the 12-pack ‘suitcase’ really enables that. The 4-pack is more familiar to our typical customer, but we’re trying to reach new consumers types as well.”

As for pricing, Nite Lite aims to be competitive. 12-packs will be featured in the light beer section with a suggested retail price of $14.99, 4-packs in the craft section for a suggested retail price of $6.99. “We can’t beat the big breweries on price alone, but we can get close without comprising product quality,” says Currier. “We lack macro-scale ad budgets, so we’re focusing on awareness and trial, then letting the beer speak for itself.”

Currier is also hoping Nite Lite’s colorful, eye-catching package design will give the brand another leg up on the light beer competition. Contrasting with the wall of white, red, and blue that dominates most light beer aisles, Nite Lite features a black case with black cans accented by the brand’s signature rainbow owl.

This isn’t NSB’s first attack on the industry status quo. In 2016, they launched Night Shift Distributing with the goal of disrupting the MA beverage wholesaler landscape. Now with 17 brands in their portfolio and statewide distribution, their message is having an impact.

“With distribution, we recognized that traditional wholesalers were conducting their business in a way that hadn’t changed in years, which has stifled franchise law reform and innovation. Their resistance to change and our forward thinking allows us to bring a fresh approach and an eye for the “small guy” that is needed in this industry. Why not apply a similar strategy to the stagnant light beer category?’” says Rob Burns.

NSB is planning a Nite Lite launch event in late April. Following that, the beer will be available for distribution throughout MA, NY, and ME. Burns says the team is truly excited about what’s next. “With Nite Lite, we’re offering customers a light beer that stands out. We know this is an uphill battle, but nobody said dethroning the king is easy.”