Athens, GA – A new Reserve Series brew worthy of a toast to the Great Pumpkin himself is due for harvest from the tanks of Terrapin Beer Co. 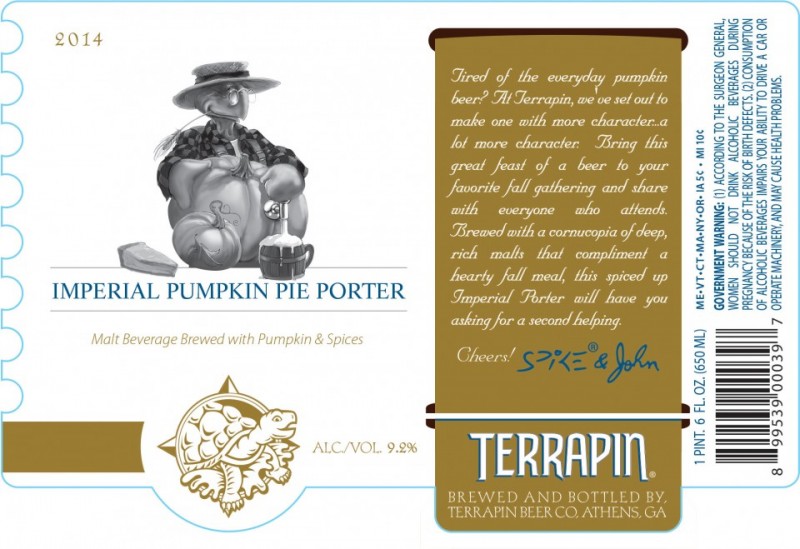 From the label:
Tired of the everyday pumpkin beer? At Terrapin, we’ve set out to make one with more character… a lot more character. Bring this great feast of a beer to your favorite fall gathering and share with everyone who attends. Brewed with a cornucopia of deep, rich malts that complement a hearty fall meal, this spiced-up Imperial Porter will have you asking for a second helping. 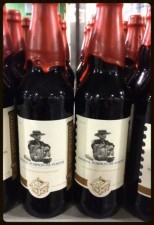 The Reserve Series beers are small-batch brews packaged in 22 oz. bottles, with each bottle hand-dipped in wax. Reserve Series beers will be available throughout Terrapin’s distribution network in limited quantities. The Imperial Pumpkin Pie Porter will ship to distributors early next week through early September depending on location.