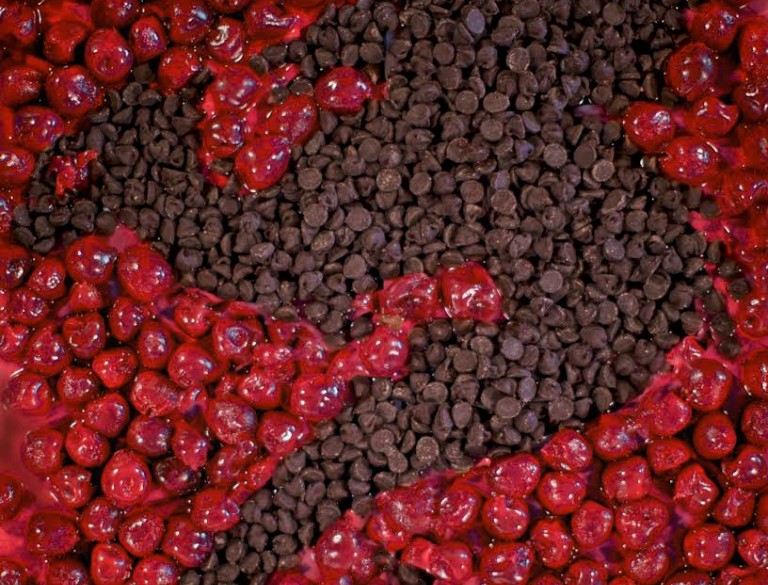 The beer will be available in New Holland pubs starting April 13. It will hit store shelves and across their bar and restaurant distribution footprint on April 16. Consumers can look forward to a rich stout that balances creamy chocolate flavors with a delightful cherry tartness.

“Chocolate is a flavor that is already present in Dragon’s Milk when it comes out of the barrel, but we’re able to play that up and really bring out the wonderful chocolate smoothness. Obviously, that just couples extremely well with the cherry flavor,” said New Holland Vice President of Sales Joel Petersen. “That combination plays nicely against the backbone of this beer.”

For most breweries, a bourbon barrel stout clocking in at 11 percent ABV is a limited release. New Holland Brewing works hard to make Dragon’s Milk available year round. The Reserve series is a chance for brewers and consumers alike to see the favorite beer in a new light.

“I think Dragon’s Milk speaks for itself. It’s a strong beer that our customers love on its own,” said Petersen. “The Dragon’s Milk Reserve program gives us the platform to build on that strong base and create a variety of exciting new flavor experiences.”

“The Reserve series allows our brewers to express their creativity,” said New Holland Brewing President Brett VanderKamp. “We continue to be amazed at the ways Dragon’s Milk can play with different flavors.”

New Holland Brewing welcomes those interested in learning more about Dragon’s Milk or the process to attend a tour where Dragon’s Milk is being brewed and cellared.

New Holland Brewing Company’s deep roots in the craft industry go back to 1997. Our role as an integral member of the artisan approach is something we take seriously, yet engage lightheartedly. We believe the art of craft lives in fostering rich experiences for our customers, through creating authentic beer, spirits and food while providing great service. Recognized for our creativity and artistry, our mission to improve the lives of craft consumers everywhere is seen in our diverse, balanced collection of beer and spirits.