(Redlands, CA) – If a late summer/early fall sunset had flavor it probably would taste like the new Cherry Harbor Sour Wheat from Hangar 24 Craft Brewery. Think of an early evening on Catalina Island, when the sun dips behind the soaring peak and the sky flashes hues of purple, pink, orange and yellow, blending in with the ocean that extends from all sides. 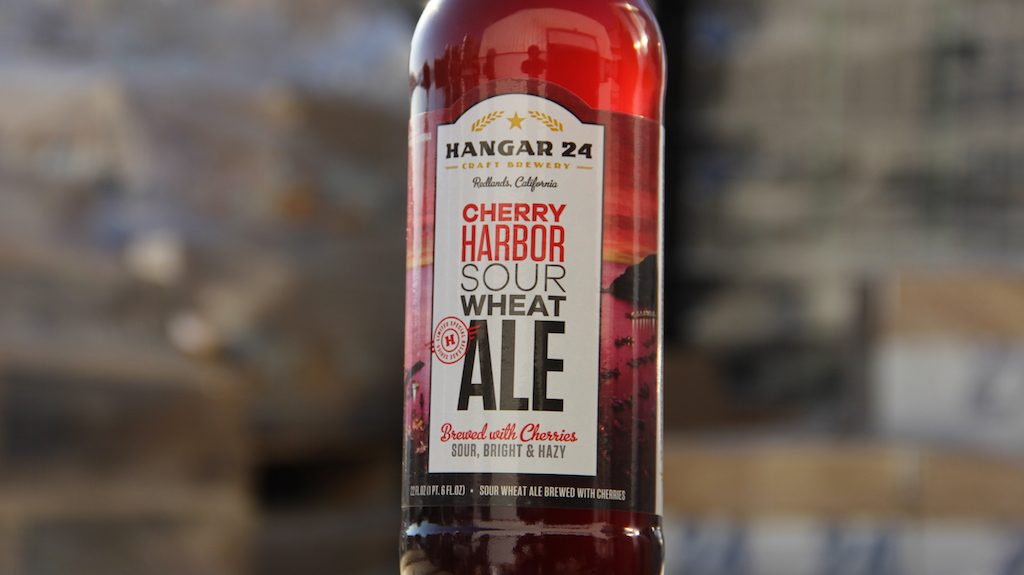 Made in the Berliner Weisse style, perfected by brewers in Germany, Cherry Harbor is low in alcohol (3.9-percent ABV) and hop content (4.6 IBUs). The star of this show is the cherries, with both the sweet flavors known to growing regions in the Pacific Northwest and the mouth-puckering tart bursts known in Michigan. The glass fills rosé in color with a tight carbonation that adds to the refreshing qualities.

Cherry Harbor Sour Wheat will be released when the doors open Saturday (Oct. 7) at the Redlands Taproom, as well as the Hangar 24 Lake Havasu Brewery & Grill. It will be a keg-only release initially, then be available in a 22-ounce bottle format on Monday (Oct. 9)

Cherry Harbor is the latest addition to the Hangar 24 Craft Brewery limited release series and is scheduled to be available for just six weeks. Previous offerings in the limited release series include: Highway 111 Lime Gose, Apricot Flats Wheat Ale and Orange Wedge Double IPA. A final 2017 release in the series is scheduled to arrive before the end of the calendar year.