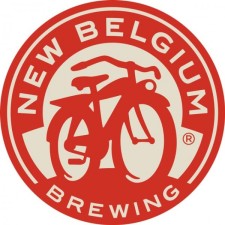 Ft. Collins, CO – New Belgium Brewing is once again partnering with Boulder-based Namasté Solar to add an additional 96.525kW of photovoltaic solar paneling at its Fort Collins facility. The new system will be in addition to 870 panels New Belgium installed in 2009 and will bring total onsite solar production to 4.5% of the brewery’s total electrical need. Coupled with New Belgium’s onsite Process Water Treatment Plant (which produces methane that is harvested to fire a co-gen engine creating around 15% of New Belgium’s electricity), the brewery will soon be able to produce 19.5% of its total electricity through renewable energy on site. The $250,000 installation will reside next to the original solar system atop the brewery’s bottling and canning facility. New Belgium is paying for the system through funds raised through an Internal Energy Tax the brewery created two years ago to develop more onsite power generation.

“This is an exciting moment as we approach that 20% threshold,” said New Belgium’s Assistant Director of Sustainability, Katie Wallace. “We have worked hard to bring more on-site energy production into our portfolio, and working with Namasté has been especially rewarding as we are both B Corporations and 100% employee-owned ESOPs.”

New Belgium and Namasté Solar worked together on the 200kW system commissioned in 2009 and were featured together in the documentary film “We the Owners” about employee ownership. Namasté has been designing and installing solar PV systems for both commercial and residential projects since 2005.

“Working with New Belgium Brewing has once again been a very rewarding experience. The staff has been extremely supportive since the beginning of this solar project, making the installation process seamless. We’re equally proud to be working with a company that operates under many of the same core values as Namasté Solar, and is also a fellow certified B-Corporation. The similarities our companies share make this solar project even more fulfilling for the Namasté Solar team,” said Nick Williamson, Commercial Project Manager, Namasté Solar.

Site work begins mid-December and is scheduled to wrap up in late January, 2015.

ABOUT NEW BELGIUM BREWING
New Belgium Brewing, makers of Fat Tire Amber Ale and a host of Belgian-inspired beers, is recognized as one of Outside Magazine’s Best Places to Work and one of the Wall Street Journal’s Best Small Businesses. The 100% employee-owned brewery is a Platinum-level Bicycle Friendly Business as designated by the League of American Bicyclists, and one of World Blu’s most democratic U.S. businesses, and a Certified B Corp. In addition to Fat Tire, New Belgium brews nine year-round beers; Ranger IPA, Rampant Imperial IPA, Snapshot Wheat, Shift Pale Lager, Sunshine Wheat, 1554 Black Lager, Blue Paddle Pilsener, Abbey Belgian Ale and Trippel.

ABOUT NAMASTE SOLAR
Namasté Solar is an employee-owned cooperative that designs, installs, and maintains solar electric systems for commercial, non-profit, government and residential customers throughout the United States. Based in Colorado, Namasté Solar has installed over 3,000 solar electric systems throughout the state. Namasté Solar’s unique business practices include democratic employee ownership, open-book management, and donating twenty percent of its earnings to local non-profits. For more information about Namasté Solar and to learn about the company’s conscientious business practices, visit www.namastesolar.com.