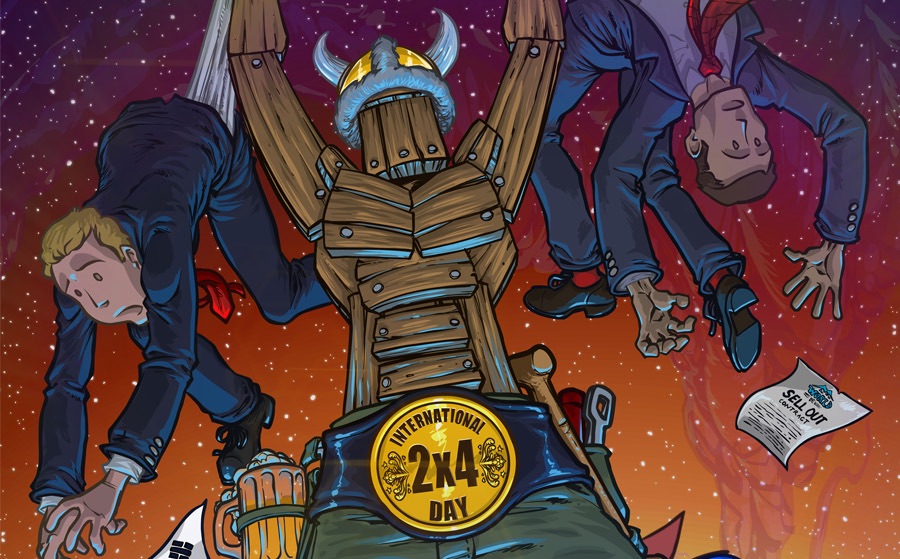 (Jackson, WY) — For those who haven’t heard, April 2, 2018 is the third annual International 2×4 Day. This is the day that Melvin Brewing delivers its greatest dose of madness to the best bars in the world, and the brewery is hearing rumors that industry insiders have dubbed it the “Greatest Single Day in Human History.” 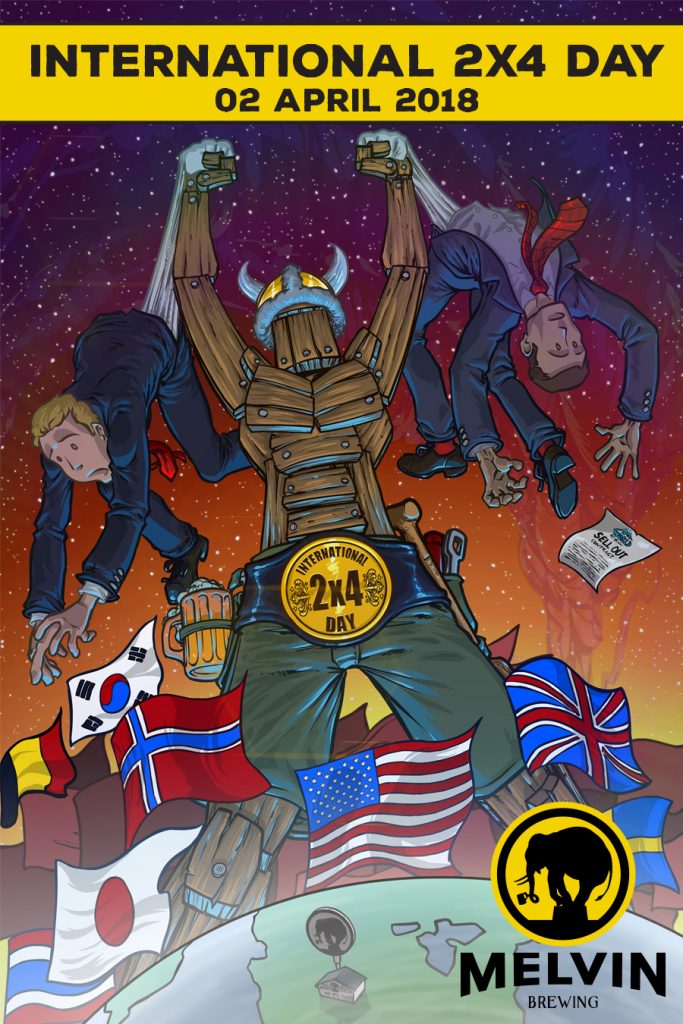 And while experts are trying to fact check that assertion right now, what we know for sure is that Melvin Brewing’s International 2×4 Day will bring the ruckus. How you ask? This year the Wyoming-based brewery is pitting itself against its arch nemesis WorldBev, with some help from WWE Hall of Famer “Hacksaw” Jim Duggan and his trusty 2×4.

Melvin personally invites you to a bar takeover like nothing you’ve ever seen before, featuring kung fu, ninjas, hip hop, and an onslaught of Double IPAs including 2×4, the RIIPAs, and even the mythical 4×8…yes you heard that correctly. Melvin will celebrate this doozy of a day at more than 40 locations coast to coast and in 10 countries globally. Follow this link to find the closest International 2×4 Day Celebration near you: https://melvinbrewing.com/2x4day/

And while the good folks at Melvin know you like to party, and they love that, on April 2, 2018 they are also asking you to focus that passion on a greater cause. It’s time to unite with all your fellow hop freaks against WorldBev, celebrating craft beer and consumer choice, and fighting against the tyranny of multinational corporations selling bland beer.

According to the great 2×4 Man, “We love to party, you love to party, and party we shall, but now International 2×4 Day has a greater cause: We must unite to fight against WorldBev. There is a war on craft being waged, and this our chance to stand up and let the Man know we’re not going down without a fight! This event is unlike any other, and we know you’ve got what it takes.”

Watch the trailer to learn more and share here:

Melvin Brewing, born in 2009, is the beer child of Jeremy Tofte and Kirk McHale, created to fulfill their desire to drink the madness. Their quest was to produce the biggest and baddest West-Coast Style IPAs in Jackson, WY. Like true chemists, they experimented on a 30-gallon, then three-barrel brew house system, and developed the award-winning Melvin IPA and 2×4 Imperial IPA. Today, Melvin Brewing has a full-scale brewing facility in Alpine, WY, a brewpub in Bellingham, WA, and astoundingly, more than 40 mouthwatering beer recipes to its name, including a range of hoppy beers and other styles such as ChChCh-Cherry Bomb (Fruit Beer), Killer Bees (Honey Ale), Ruckus (Imperial Stout) and Heyzeus (Mexican Lager). If your beer is not madness, it’s not beer. For the low down on the madness, visit www.melvinbrewing.com.