(Portland, ME) – Belfius is a blend of Allagash Brewing Company’s spontaneously fermented Coolship beer, and Saison. The blend is notable not only for its taste, but for the fact that it is the first Coolship beer to be released in bottles outside of the brewery’s tasting room. 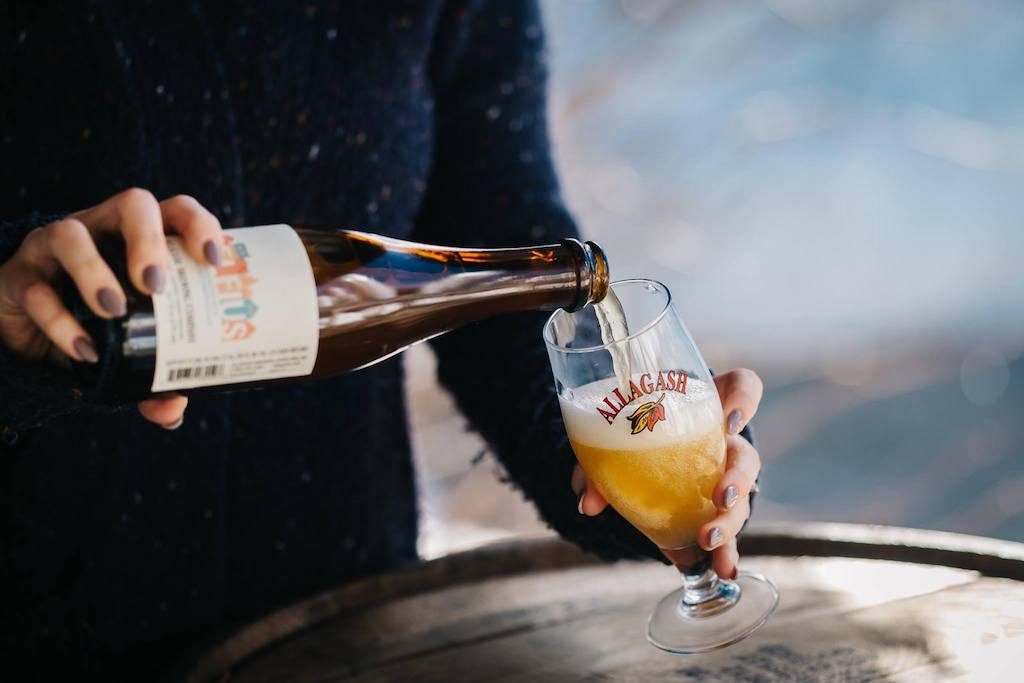 “It’s hard to believe that when we first installed our Coolship 11 years ago,” said Rob Tod, Founder/Brewer at Allagash, “we’d now be m aking enough to actually ship some of it outside of the brewery.”

Belfius.jpgAllagash Coolship beers are crafted using the traditional Belgian method of spontaneous fermentation. Hot, unfermented wort is cooled overnight using outside air temperature in a traditional, large shallow pan known as a “coolship.” During the cooling process, naturally occurring microbiota from the air inoculates the beer, and in the morning, it is transferred into French oak wine barrels where the entire fermentation and aging (over 1-3 years) takes place.

Saisons were once brewed with whatever Belgian farmers had on hand—to slake their thirst after a long day of toil. In Allagash Saison, citrus and peppery spice are balanced by a pleasant malt character. Saison is full bodied with a rustic, dry finish.

Blended together, these two beers become Belfius, a golden beer with an herbal aroma that contains both spice and tart fruit. Its taste is one of restrained sourness, and light funk, all rounded out by a hint of oak.