Kihei, Hawaii (April 6, 2018) – Maui Brewing Company is honored to announce its founder, Garrett Marrero, has been nominated and is a semi-finalist in Ernst & Young’s Entrepreneur Of The Year® 2018 Greater Los Angeles Awards program which includes Las Vegas and Hawaii.

As the world’s most prestigious business award for entrepreneurs, Entrepreneur Of The Year® has been at the forefront of identifying game-changing entrepreneurs for more than three decades. The program has recognized the inspirational leadership of such entrepreneurs as Howard Schultz of Starbucks Coffee Company, John Mackey of Whole Foods Market Inc., Pierre Omidyar of eBay, Inc., Jeff Weiner of LinkedIn Corporation and Mindy Grossman of HSN, Inc. Maui Brewing Company is honored to have Garrett recognized among so many other notable business luminaries in Greater Los Angeles.

Nominator Bob Stein, Executive Director of the Institute of Entrepreneurial Excellence at the University of Pittsburgh, states, “As a long time Maui Brewing customer, follower and fan, I recognized Garrett’s entrepreneurial spirit as he led the company to be the largest craft brewer in Hawaii. His ingenuity and creativity for product lines, as well as support for locally sourced ingredients and other small businesses shows what kind of entrepreneur he really has become. The growth he has achieved in such a short time is rare in his industry.” Marrero states, “It’s always an honor to be recognized for the work you put in. In the case of this prestigious award, I’m proud to have been nominated by our fan and friend Bob Stein, and selected as a semi-finalist. This award recognizes the work of not just myself, but that of the amazing teammates at Maui Brewing Company without whom none of this would be possible. I also love bringing home the recognition for our great State of Hawaii, Maui nō ka ‘oi!” 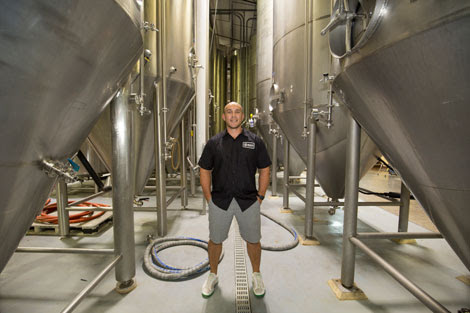 Maui Brewing Company is a fiercely local company and has remained steadfast regarding local production. The MBC team are stewards of their communities and the ‘aina, and curators of the craft beer way of life. Their beers have been recognized worldwide for quality and innovation.