email
PORTLAND, Ore. – Cascade Brewing released Pearpawsterous today, a collaboration project with Upland Brewing in Indiana. Pearpawsterous is a limited offering, available in 750 ml bottles and on draft at both its Portland-area pubs and through select Cascade distributors.

Pearpawsterous features regional ingredients sourced from each brewery’s home state – Oregon-grown pears and Indiana-grown paw paws – layered over a base of sour wheat ales aged for up to 12 months in oak barrels. Paw paw fruit has a sweet, custard-like flavor somewhat similar to banana, mango, and cantaloupe. The beer comes in at 7.1% ABV. Both breweries developed their own version of the same recipe.

This Saturday, April 7, Cascade’s lead blender Kevin Martin, and VP of Sales and Marketing Tim Larrance, will serve both Pearpawsterous and Rose City Sour on draft at the Upland Sour Wild Funk Fest in Upland’s home state of Indiana. At 4pm, Martin will join Upland brewer Pete Batule to talk about how the project came together and how the two versions were made. On Friday, April 13, Upland Brewing will hold a Tap Takeover at the Cascade Brewing Barrel House in Portland with a special live barrel tapping and Upland Beers: Luminary, Passion Fruit, Squeeze and Thank You, Champagne Velvet, PawPaw, Revive, and Iridescent. Both Upland and Cascade versions of Pearpawsterous will be available on draft. 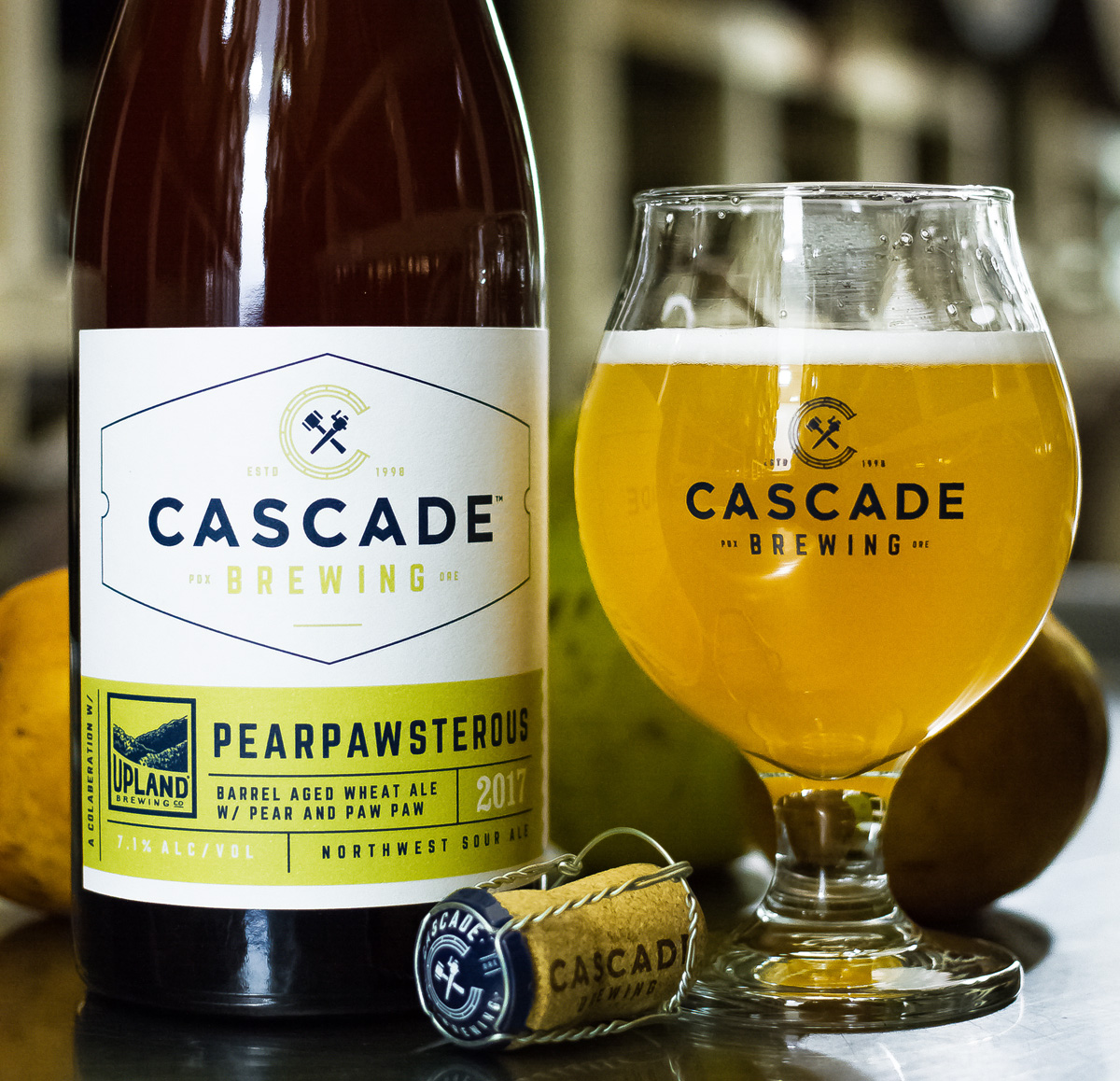 Pearpawsterous is a Tier One offering; Cascade’s bottles have distinct label styles for each of the three Cascade Brewing pricing tiers, with each label within the tier utilizing distinctive colors to clearly differentiate each beer. The tiers differ by the style of beer used in the product, the type ingredients contained within, the time aged in the barrels and types of barrels used.

Cascade Brewing has been a pioneer in the sour beer renaissance since 2006 and the proud innovator of the Northwest Sour Ale. Its distinctive sour beer blends feature fruit forward, barrel-aged ales with an emphasis on project year-to-year variation. These beers offer a complex array of flavors derived from the acid, the fruit and the residual flavors present in the barrels in which they age. The resulting beers offer a complex array of flavors and aromas derived from with each project year, capturing the unique subtleties of that year’s growing season. Cascade Brewing’s sour ales are brewed and blended in Portland, Oregon. For more information, visit CascadeBrewing.com and join the brewery on social media @CascadeBrewing, #CascadeBrewing and #HouseofSour. Cheers to the sours; enjoy in a profoundly wise manner.

Maui Brewing’s owner and founder, Garrett Marrero, nominated for Entrepreneur of the Year Award Schlafly Beer Debuts a Gruit in Collaboration with Local Band and Artist