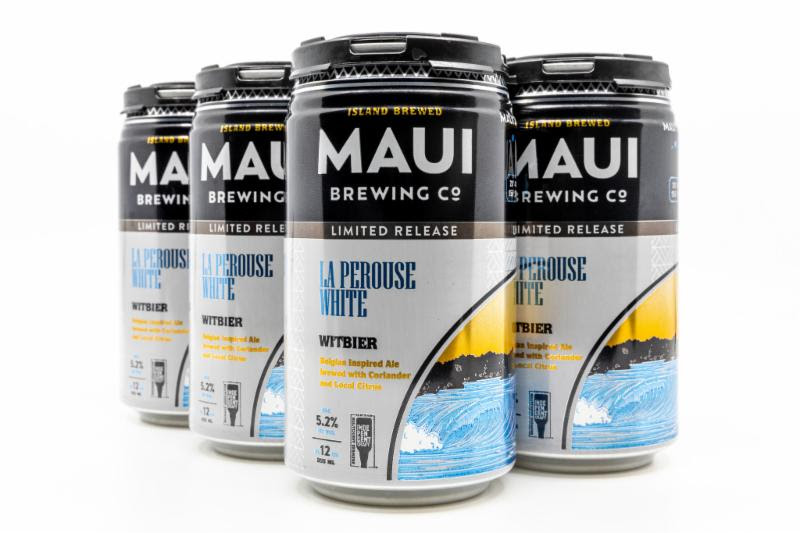 Brewmaster Kim Brisson-Lutz first created the recipe for the award-winning Belgian ale, La Perouse White Witbier, which won Maui Brewing Company a Silver at the Great American Beer Festival in 2010 and a Bronze at World Beer Cup in 2012.

“La Perouse started out as a homebrew recipe I made in my backyard in Kihei back in 2010,” said Brisson-Lutz. “A dream became a reality when it was chosen as one of Maui Brewing’s first Limited Releases of 2010 and won a Silver medal at GABF. I have loved watching this beer become a Maui Brewing favorite, utilizing the abundance of local citrus Maui has to offer including tangerines and oranges from my own yard.”

Opaque pale straw in color, the Belgian-inspired ale is brewed with coriander and local citrus, offering aromas of soft herbal spice and prominent citrus zest. The crisp citrus tart finish and lively effervescence makes this beer great for any time.

La Perouse White Witbier has an ABV of 5.2% and 12 IBUs. It will be available in 6-pack cans and draft in Hawaii as well as a few select mainland markets where independently-owned Maui Brewing Company craft beer can be found.

MBC is a fiercely local company and has remained steadfast regarding local production. The MBC team are stewards of their communities and the ‘aina, and curators of the craft beer way of life. Their beers have been recognized worldwide for quality and innovation.