(PORTLAND, OR) – Laurelwood Brewing Company is excited to announce a brand-new packaging format for consumers to enjoy their favorite craft beer; 16oz cans. These innovative offerings out of their brewery are Kids These Daze Hazy IPA and Portlandia Pilsner. 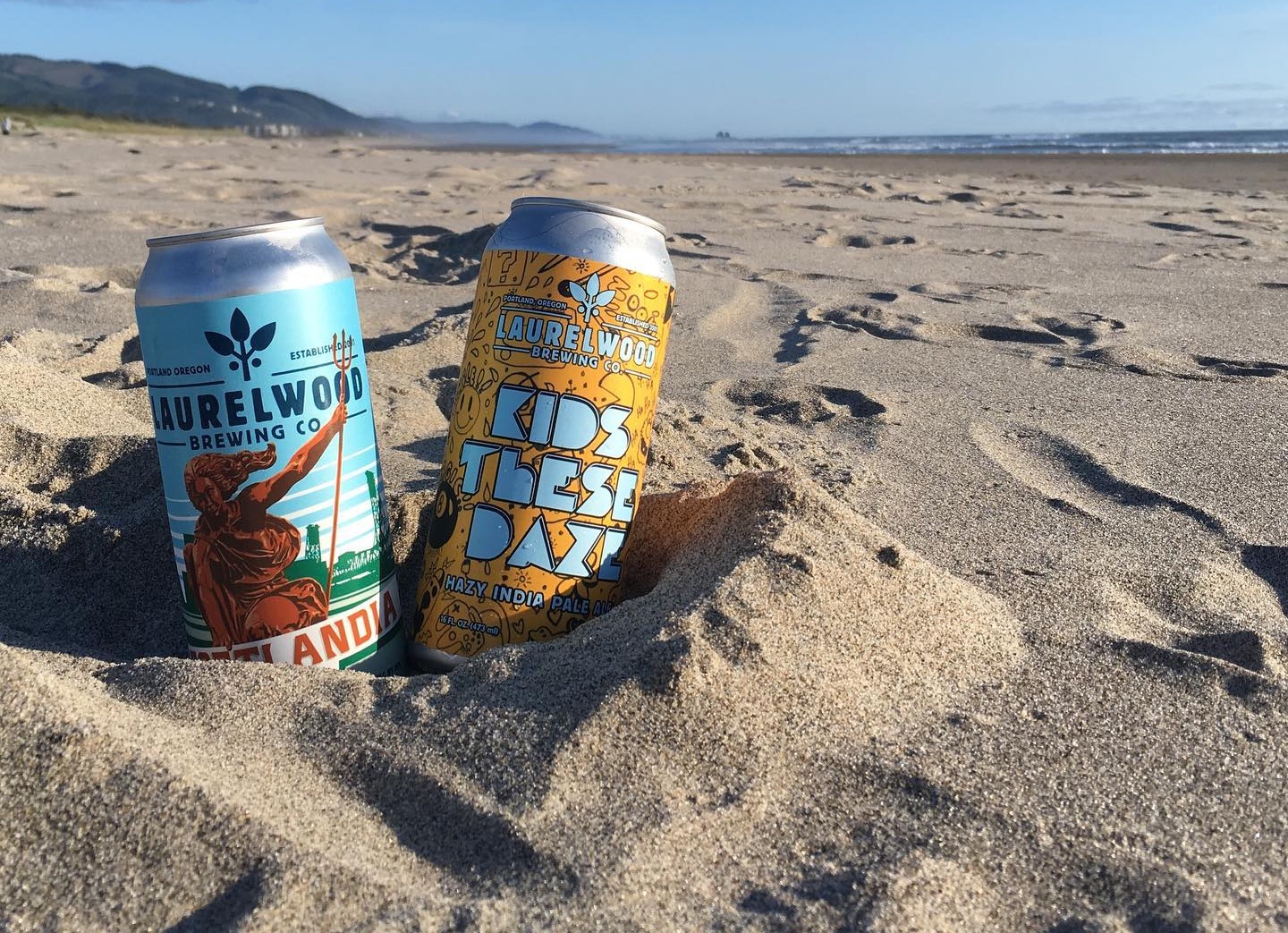 Kids These Daze has been a pub favorite, particularly following its Gold Medal win at the Oregon Beer Awards in the Hazy-Hoppy category. After winning gold in the most entered segment of this year’s Awards, Laurelwood’s success solidified the idea that this beer needed to have availability beyond draft-only. While the aromas of pineapple and passion fruit are strong in this creamy tangerine beer, the body of Kids These Daze is kept light, which allows the seven different hops to shine – without overwhelming the palate with bitterness.

Portlandia Pilsner is a light, crisp and refreshing German-style Pilsner with a modern twist. While the foundation of the beer is created with traditional German malts and hops, the flavor is given a unique update with the use of Mandarina Bavaria hops. Head Brewer, Jon Boerner agrees that the result is a delightful beverage that will refreshingly satisfy your taste buds and keep you coming back for another!

Both beers will be available on draft and in 16oz cans from all Laurelwood Pub locations as well as many pubs and bottle shops in which better beers are served. Kids These Daze will be available for year-round purchase, while the Portlandia Pilsner will be a part of Laurelwood’s rotating series.

Laurelwood is a family owned brewery that creates some of the most recognized regional craft beers. Owners Mike De Kalb and Cathy Woo-De Kalb founded Laurelwood in 2001 with a goal of providing fine food and handcrafted beer. Laurelwood’s product line is known for its creativity and quality therefore winning many national and international beer awards. Laurelwood’s handcrafted beers can be found on draft and in bottles throughout Oregon and Washington. To find out more about Laurelwood Brewing Company go online at www.laurelwoodbrewpub.com