(Kihei, HI) – Get in the line-up to catch a wave of the first of four beers in what is being called the “Surf Series” of Hazy India Pale Ale beers being released by Maui Brewing Company. S-Turns Hazy India Pale Ale will be available in the MBC Kihei Restaurant and Tasting Room beginning today, February 7th before launching across the state. 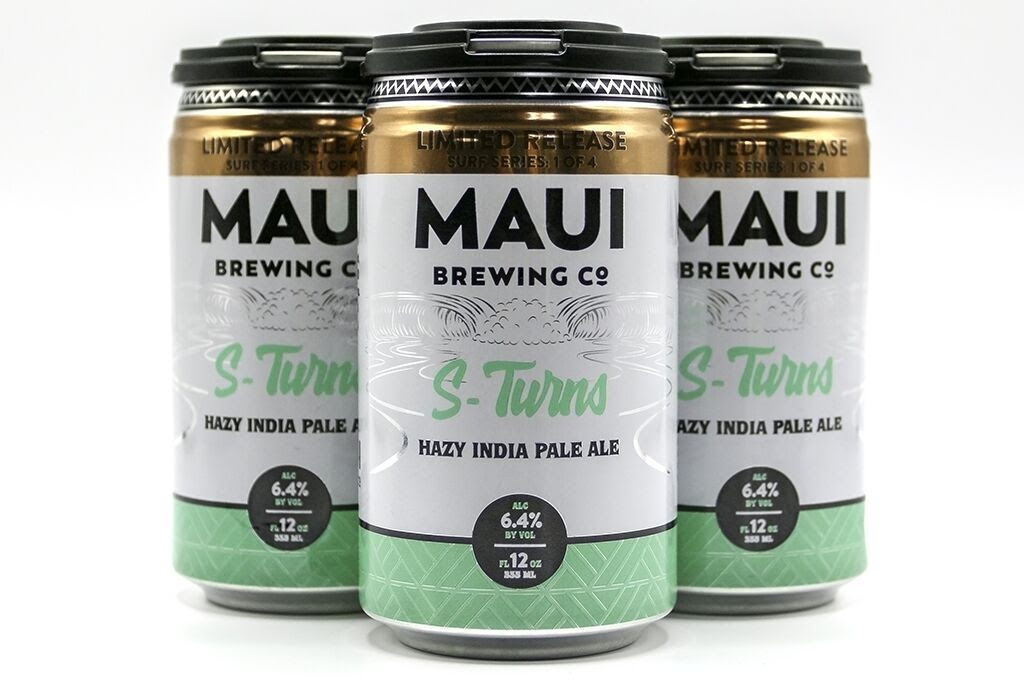 MBC’s QA/QC Supervisor, Greg Knox calls S-Turns “a highly drinkable hazy with loads of tropical flavors thanks to a hearty contribution of Simcoe hops. A well-earned beer after a day of work or surfing.”

Three hundred barrels of S-Turns were brewed and packaged in 4-pack cans and draft for limited availability in Hawaii and select markets on the mainland. While accessible first at the brewery’s Kihei location, MBC Lahaina, Kailua, and Waikiki locations will receive a supply in the upcoming weeks.

MBC is a fiercely local company and has remained steadfast regarding local production. The MBC team are stewards of their communities and the ‘aina, and curators of the craft beer way of life. Their beers have been recognized worldwide for quality and innovation.