(San Marcos, CA) — The Lost Abbey will be releasing its 2017 Cuvee de Tomme this January, with a new wrinkle: It’ll be making its triumphant return to bottles. Last bottled in 2013, Cuvee de Tomme will be limited to 120 cases in 750ml bottles. 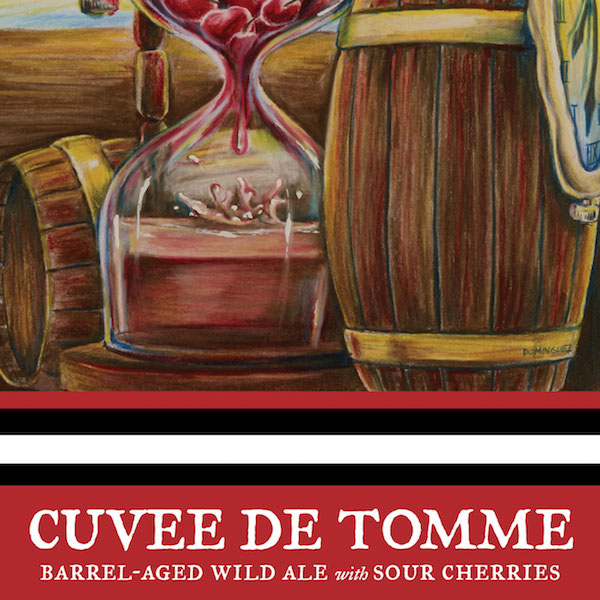 “We’re extremely happy to have Cuvee return to bottles,” said Tomme Arthur, Co-founder and Chief Operating Owner of The Lost Abbey. “The complexity and depth of this beer only increases with time and now we can offer that option once again.”

While draft will be available throughout the Lost Abbey Distribution network, Bottles of Cuvee de Tomme will be sold exclusively online using Eventbrite. Bottles will be limited to 4 per person at $41 a bottle plus applicable taxes and fees,with the on-sale beginning at Noon (PST) on February 1st.  Bottle pickups will begin on February 24th through February 26th at The Lost Abbey Tasting Room in San Marcos, during regular business hours.

Cuvee de Tomme is a blended beer that starts with a base of Judgment Day, The Lost Abbey’s quad brewed with raisins, and aged with Brettanomyces in bourbon, brandy and red wine barrels. Initial notes of tart cherries, acid from the Brett, which develops into a deep barrel character with hints of Vanilla, oak and tannins.